Crown Prince George (Siaosi) Tupou was educated abroad and became very interested in modern technology. He served more than twenty years as Tonga’s Minister of Foreign Affairs and Defence and was closely involved in the modernisation of the Tonga Defence Services.


In about 2004 a Beech 18 belonging to Aerial Surveys Inc of the USA came to be based in Tonga. The aircraft was used by the Crown Prince and the Tongan Royal Family on several occaisons, including trips to New Zealand. In September 2006 the Crown Prince became King Tupou V. The Beech continued to be used by the Royal Family until at least 2009, but appears to have been little used subsequently. Its airworthiness certificate expired in June 2011. In 2012 the King sadly died and was succeeded by his younger brother.

The Beech 18 aircraft remains in Tonga but is not believed to be operational.

None carried – the aircraft retained its former markings.

The Beech 18 retained its US civil registration.

The aircraft is still based at Tongatapu-Fua’amoto International Airport.

Any photographs illustrating this operator would be welcome.
in Tongan Royal Flight Service

One Beech D18S delivered circa 2004. Owned by Aerial Surveys Inc of the USA but used by the King of Tonga for VIP Transport duties. Last seen January 2014.

This section describes and illustrates the various national insignia used by Tonga Defence Services/His Majesty’s Armed Forces since its formation: 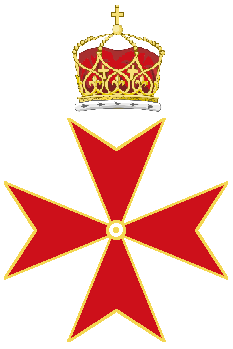 1996-2013
Prior to the name change from TDS to HMAF, the aircraft carried explicit national markings and titles. The main marking, a red and yellow Maltese cross surmounted by a crown, was displayed on the fuselage sides. No wing insignia appears to have been carried, and no fin flash was used. The service titles TONGA DEFENCE SERVICES – AIR WING were displayed on the fuselage sides.

2013-present
After the name change, HMAF aircraft no longer carried the national insignia or service titles, merely a civilian-style registration on the fuselage sides.

The Tonga Defence Force was first established in 1939, as a reaction to the deteriorating international situation. After World War Two spread to the Pacific region, New Zealand was invited to train Tongan soldiers. Two units of the TDF subsequently saw action in the Solomon Islands campaign.

The TDF was disbanded at the end of the war, only to be reactivated in 1946. Tonga gained independence in 1970 and the TDF remained a land-based force. On 10 March 1973 the Tongan Maritime Force was established, and the former TDF renamed the Tongan Land Force. Both services became branches of the newly established Tonga Defence Services (TDS) under the Ministry of Defence of Tonga.

The first attempt to create an Air Wing for the TDS occured in 1986 when a Victa Airtourer light aircraft was obtained, but this aircraft never flew in Tongan service and was quickly re-sold. On 4 May 1996 a second attempt to create an Air Wing was more successful. A Beech 18 was taken into service for Maritime Patrol and Search & Rescue duties. The Air Wing operates in close cooperation with the Maritime Force and is sometimes referred to as the Maritime Force Air Wing. In 1999 a Citabria was aquired to help with pilot training of the tailwheel configured Beech 18.

In a controversial move the TDS was renamed His Majesty’s Armed Forces on 12 September 2013. The removal of the word ‘Tonga’ from the title and the assumption of a personal association with the king, resulted in a generic title that could apply to any monarchy from Norway to Swaziland.

The current status of the aircraft of the HMAF is unclear, as the official TDS website no longer works. The Citabria was seen in an aircraft shelter at at Fua’amotu on 16 January 2014. The Beech 18 has not been seen for a while.

No plans known. A replacement for the ancient Beech 18 must be an increasingly urgent requirement.

The aircraft are based at Tongatapu-Fua’amoto Airport.

Any photographs illustrating this operator would be welcome.
of Tonga Defence Services

This page gives details of some of the aircraft types that were offered or promised to Tonga Defence Services but not delivered, cancelled official orders, and types have been falsely reported as being in service.

Aerospatiale SA330 Puma
Some Russian sources mention a SA330 Puma being used circa 1998, but there is no evidence to support this.

CASA C-212 Aviocar
In 1985 the Government of Tonga ordered a CASA C-212. Some observers assumed this was for military use, but in fact it was delivered to Friendly Island Airways.

IAI Arava
Flight International mentions a report of up to 4 IAI Aravas being ordered for 1988 delivery. No such order was placed.

Harbin Y-12
In 2012 the Government of Tonga negotiated with the Chinese Government of the supply of a Harbin Y-12. Some observers speculated that this aircraft could supplement or replace the TDS’s ancient Beech 18. This aircraft arrived in 2013 and was actually operated by Real Tonga airlines.

Mil Mi-8MT
The Russian version of Wikipedia mentions a Mi-8 being delivered by a An-124 on 25 September 1995. It was not used by the TDS.

One Beech G18S delivered in 1996. Used for Maritime Patrol duties. 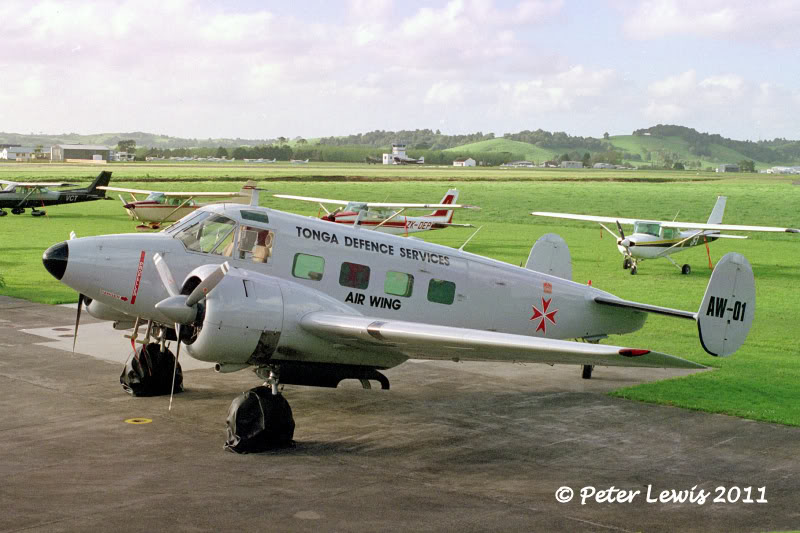 One (Bellanca-built) Champion 7GCBC Citabria delivered in 1999. Used for Training. Retired and placed into storage by August 2009. Seen in January 2014.

One Airtourer 115 obtained second-hand in Fiji and delivered in 1986. Intended to be used for Maritime Patrol but not taken into service. Returned to Fiji the same year.

This section describes and illustrates the various national insignia used by the Papua New Guinea Defence Force since its formation: 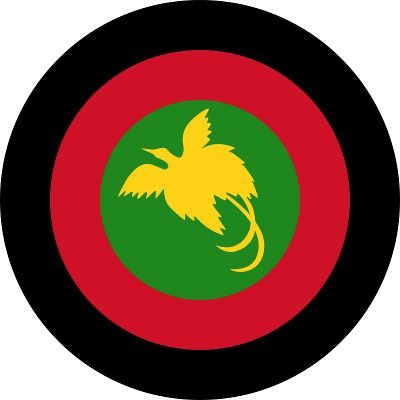 The Air Transport Squadron of the PNG Defence Force was formed circa 1985, when sufficent aircraft had been obtained to establish a dedicated unit. In 1988 the arrival of the IAI Arava allowed the squadron to be sub-divided into two flights – ‘A’ Flight operating the Arava and ‘B’ Flight operating the N.22 Nomad.