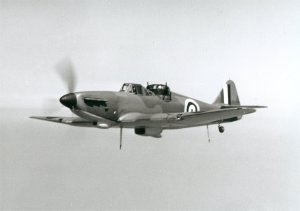 Often maligned as a failure, the Boulton Paul Defiant found a successful niche as a night-fighter during the German ‘Blitz’ on London, scoring a significant number of combat kills before being relegated to training and support roles.

The Boulton Paul company first became interested in powered gun turrets when it pioneered the use of a pneumatic-powered enclosed nose turret in the Boulton Paul Overstand biplane bomber. The company subsequently brought the rights to a French-designed electro-hydraulic powered turret and soon became the UK leaders in turret design.

On 26 June 1935, the Air Ministry issued Specification F.9/35 calling for a two-seat fighter with all its armament concentrated in a turret. Peformance was to be similar to that of the single-seat monoplane fighters then being developed. It was envisioned that the new fighter would be employed as destroyer of unescorted enemy bomber formations. Protected from the slipstream, the turret gunner would be able to bring much greater firepower to bear on rapidly moving targets than was previously possible.

Boulton Paul tendered the P.82 design, featuring an 4-gun turret developed from the French design, and was rewarded with an order for two prototypes. On 28 April 1937, the name Defiant was allocated to the project and an initial production order for 87 aircraft was placed before the prototype had even flown.

The first prototype (K8310) made its maiden flight on 11 August 1937, with the turret position faired over as the first turret wasn’t ready for installation. Without the drag of the turret, the aircraft was found to handle extremely well in the air. With these promising results, a further production contract was awarded in Febrary 1938. Performance with the turret fitted was somewhat disappointing, but still considered worthwhile. In May 1938, the second prototype (K8620)was ready for testing. This aircraft was much closer to the final production standard. Development and testing of the aircraft and turret combination proved somewhat protracted, and delivery to the Royal Air Force was delayed until December 1939, when No.264 Squadron received its first aircraft. Numerous engine and hydraulic problems were not finally resolved until early in 1940.

The A. Mk IID turret used on the Defiant was a self-contained ‘drop-in’ unit with its own hydraulic pump. To reduce drag two aerodynamic fairings, one fore and one aft of the turret, were included in the design. Rectraction of these fairings by means of pneumatic jacks allowed the turret to traverse. Too allow the turret a clear field of fire, two rather large radio masts were located on the underside of the fuselage. These masts retracted when the undercarriage was extended. The overall aircraft was of modern stressed skin construction, designed in easy-to-build sub-assemblies which greatly facilitated the rapid build-up in production rates.

Previously, a single-seat fighter unit, 264 Sqn spent some time working out the new tactics required by the type. Good co-ordination was required between the pilot and gunner in order to get into the best position to open fire on a target. A second day fighter unit, 141 Sqn, began converting to the Defiant in April 1940. The Defiant undertook it first operational sortie on 12 May 1940, when 264 Sqn flew a patrol over the beaches of Dunkirk. A Junkers Ju 88 was claimed by the squadron. However, the unit suffered its first losses the following day, when five out of six aircraft were shot down by Bf 109s in large dogfight. The Defiant was never designed to dogfight with single-seat fighters and losses soon mounted. By the end of May 1940, it had become very clear that the Defiant was no match for the Bf 109 and the two squadrons were moved to airfields away from the south coast of England. At the same time, interception of unescorted German bombers often proved successful, with several kills being made.

In the summer of 1940, flight testing commenced of an improved version of the Defiant fitted with a Merlin XX engine featuring a two-speed supercharger (prototype N1550). The resultant changes included a longer engine cowling, deeper radiator and increased fuel capacity. Performance increases were small. Nevertheless, the new version was ordered into production as the Defiant Mk II.

The limitations on the Defiant’s manoeuvrability forced its eventual withdrawal from daylight operations in late August 1940. 264 and 141 squadrons became dedicated night-fighter units. The Defiant night fighters were painted all-black and fitted with flame damper exhausts. Success came quickly, with the first night kill being claimed on 15 September 1940. From November 1940, an increasing number of new night fighter squadrons were formed on the Defiant. Units operating the Defiant shot down more enemy aircraft than any other night-fighter during the German ‘Blitz’ on London in the winter of 1940-41. Initial operations were conducted without the benefit of radar. From the Autumn of 1941, AI Mk 4 radar units began to be fitted to the Defiant. An arrow type aerial was fitted on each wing, and a small H-shaped aerial added on the starboard fuselage side, just in front of the cockpit. The transmitter unit was located behind the turret, with the receiver and display screen in the pilot’s cockpit. The addition of radar brought a change in designation for the Mk I to N.F. Mk IA, but the designation of the Mk II version did not change. By February 1942, the Defiant was obviously too slow to catch the latest German night intruders and the night fighter units completely re-equipped in the period April-September 1942.

From March 1942 many of the remaining aircraft were transferred to Air-Sea Rescue (ASR) units. The aircraft was modified to carry a M-type dinghy in a cylindrical container under each wing. Both Mk I and Mk II versions were used for this task, but the Defiant proved less useful than originally anticipated, and all examples were replaced in this role during the first half of 1943.

A specialised Target-tug version of the Defiant was first ordered in July 1941, designated the T.T. Mk I. The new version was based on the Mk II airframe, with the Merlin XX engine, but with space formerly occupied by the turret now taken up with an observers station with a small canopy. A fairing under the rear fuselage housed the target banner, and a large windmill was fitted on the starboard fuselage side to power the winch. The first prototype Target-tug aircraft (DR863) was delivered on 31 January 1942. 150 Mk II aircraft were also converted to Target-tugs, under the designation T.T. Mk I. A similar conversion of the Mk I was carried out by Reid & Sigrist from early 1942 under the designated T.T. Mk III. Nearly all the Target-tugs were withdrawn from service during 1945, although one example lasted until 27 February 1947.

Another, less publicised, task of the Defiant was in the radar jamming role. 515 Squadron operated at least nine Defiants fitted with ‘Moonshine’ or ‘Mandrel’ radar jamming equipment in support of USAAF 8th Air Force daylight bombing raids on Germany between May 1942 and July 1943, before replacing them with larger aircraft types.

One Defiant T.T. Mk I (DR944) was seconded to Martin Baker on 11 December 1944. It was fitted with the first ever Martin Baker ejection seat in the observers station, and commenced dummy ejection trials on 11 May 1945. Another Defiant (AA292) was later used for similar trials by the Air Ministry until March 1947. Martin Baker retained their Defiant until 31 May 1948.

The lack of forward firing armament presented a great handicap to a fighter which lacked the manoeuvrability to match single-seat fighters in combat, but as an interim night-fighter the Defiant met with a great deal of success.

* Construction of first prototype begun at Norwich, but completed at Wolverhampton.
** Plus seven conversions of Mk I aircraft on the production line.
Major sub-assemblies produced by Redwing Aircraft of Heath Town and Daimler Cars in Wolverhampton.

See ‘The Defiant File’ listed below. 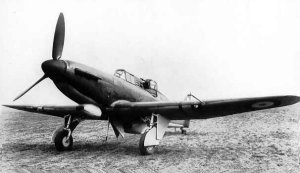 ‘The Turret Fighters – Defiant and Roc (Crowood Aviation Series)’
by Alec Brew
Published by Crowood Press, 2002 ISBN: to be added
* Comprehensive history of the two British turret-armed fighters of WW2.

‘Boulton Paul Aircraft Since 1915’ [Order this book from Amazon UK]
by Alec Brew
Published by Putnam Aeronautical Books, 1993 ISBN: 1 85177 860 7
* Detailed company history with a long chapter on the Defiant.