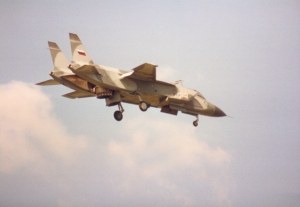 One thought on “Yakovlev Yak-41 ‘Freestyle’”