The Republic of Bulgaria is located in the eastern portion of the Balkan Peninsula in South Eastern Europe. It borders Romania to the north, the Black Sea to the east, Turkey to the south east, Greece to the south, Macedonia to the south west and Serbia to the west. The border with Romania is largely defined by the River Danube which flows through a fertile plain. Crossing the centre of the country east-west lie the Stara Planina mountains which drop steeply to the south into to broad river valley overlooking the broad Plain of Thrace. A range of even higher mountains in the south west reaches up to 2925 m (9600 ft).

Text to be added on the development of aviation in Bulgaria.

Thanks to George Petkov for updating this information.
Country Profile

Located in central Europe, modern Austria was created in 1918 following the collapse of the Hapsburg empire. It is bordered by Germany to the north west, the Czech Republic to the north, Slovakia to the north east, Hungary to the south east, Slovenia and Italy to the south, and Switzerland to the west.
About 75% of the land area is covered by the Austrian Alps, which range up to 12,500 ft (3,800 m), while fertile plains to the east include the Danube river valley and the Graz basin. The total land area is 82,732 sq km (31,942 sq miles). The population of 8.4 million (2007 figure) comprises 93% German, 6% Croat/Slovene/Hungarian and 1% other ethnic groups. 78% of the people are Roman Catholic, 5% Protestant, 2% Muslim and 15% other or non-religious. The capital city is Vienna.

Austrian civil aircraft were registered in the series A-xxxx onwards from 1919, with the registration in numbers not letters. The sequence was ended by the Anchluss with Germany in March 1938. In 1934 a new civil register was established using the prefix OE-xxx, eg: Tiger Moth OE-DAF. After WW2 the OE- register was re-established. State-owned aircraft use the sequence OE-Fxx. Gliders use the same prefix OE-xxxx, but with numerical registrations.

Austrian Aviation Bibliography – to be added

The World’s Airlines – Austria
List of all Austrian airlines

Austria Charter Operators
Information on all charter operators in Austria

www.aviator.at
Lots of information about private flying in Austria

The Republic of Albania is one of the smallest countries on the Balkan Peninsula. It is situated in the western part of the Balkan Peninsula on the south east coast of the Adriatic Sea, opposite the ‘heel’ of Italy. It borders Montenegro to the north, Serbia to the north-east, Macedonia to the east and Greece to the south. The country is very mountainous, with some peaks reaching over 8000 feet (2,500 metres) high, bordered by a narrow coastal plain containing about half the population. Much of the land is covered by scrub forest, broken-up by a number of rivers running east-west. It occupies a land area of 28,749 km2 (11,100 sq. miles) and has a population of 3,249,000 inhabitants (1997 estimate). Its population comprises 95% Albanians, 3% Greeks and 2% others. 70% of the population are Moslem, 20% Christian Orthodox and 10% Roman Catholic. The capital city is Tiranë.

Text to be added on the development of aviation in Albania.

Albania was originally allocated the registration sequence B-Axxx in 1924, but it is not believed to have been used.
After 1945 the registration prefix ‘ZA-‘ was allocated, but under the new communist regime civil aviation was strictly prohibited. There was no national airline and so all flying was done by the air force. Civil registered aircraft did not appear in Albania until the 1990s and the fall of the communist government. An example is Bell 222 ZA-HOV.

The National Armoury Museum at Gjirokastra has a USAF Lockheed T-33A which became lost over the Adriatic in the 1950s and was forced to land in Albania.

‘Ushtria’ (The Army) is published by the Minstry of Defence for the Albanian armed forces.

Albania Aviation Bibliography – to be added

Thanks to Andy Cela for updating this information.
Country Profile

The Republic of Croatia is a cresent-shaped state in south-eastern Europe. It is situated in the western part of the Balkan Peninsula. It borders Slovenia and Hungary to the north, Bosnia and Hercegovina and Serbia to the east, and the Adriatic Sea to the south. It is made up of the territories of Dalmatia, Slavonia and most of Istria. The northeast of the country is mostly flat and fertile, while the southwestern part is more rugged and includes the Dinaric Alps. It occupies a land area of 56,558 sq km (21,829 sq miles) and has a population of 4.5 million inhabitants (in 2000). In the 1991 census the population comprised 78% ethnic Croats, 12% Serbs and 1% Slavic Muslims and 9% others. More than 76% are Catholics, 11% are Orthodox Christians, and 1% are Muslims, with 12% other faiths. The capital city is Zagreb.

Text to be added on the development of aviation in Croatia.

There is a Republic P-47 in the Zagreb Technical Museum.

Croatian Aviation Bibliography – to be added. 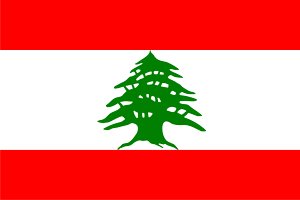 Lebanon is located on the eastern shore of the Mediterranean Sea, in the Middle East. It is bordered by Syria to the north and east, Israel to the south, and the Mediterranean to the west. The coastal strip is fertile, but the interior of the country is very mountainous – reaching up to 10,125 ft (3,086) in places. The fertile El Beqaa valley separates the central range of mountains, running roughly north-south through the country, from another mountain range which forms the border with Syria.

The capital city is Beirut, situated on the coast. The country covers an area of about 3950 square miles (10,230 square kilometers), and has a population of 3.2 million (1999 figures). The population is roughly 83% Lebanese Arab, 10% Palestinian Arabs, 5% Armenian and 2% other ethnic groups. 70% of the population is Muslim and 30% Christian.

Text to be added on the development of aviation in Lebanon.

Prior to independence, aircraft based in Lebanon were registered in the F-Oxxx series for ‘France Outre-mer’ aircraft. After independence, the sequence LR-xxx was used 1944-54. In 1952 the registration prefix OD-xxx was adopted, eg: OD-AHD.

Small numbers of a locally built aircraft called the Rayak were produced in the 1930s.

Lebanon Aviation Bibliography – to be added

The Kingdom of Jordan is located on the river in the Middle East. It has borders with Syria to the north, Iraq to the north east, Saudi Arabia to the south east and Israel to the west. Jordan also has a short coastline on the Gulf of Aqaba in the far south. Jordanian territory legally includes the West Bank of the Jordan river and East Jerusalem, but Israel has occupied these areas since 1967. Jordan ceded its claim to the West Bank to the PLO in 1988.

The present border with Israel is defined by the rift valley which includes the river Jordan and the Dead Sea, the latter being some 395 m (1,2976 ft) below the level of the Meditterranean. East of the rift valley is a range of mountains that can rise up to 1754 m (5,755 ft). Much of the remaining territory is desert, comprising some 87% of the total land area.

The capital city is Amman, situated in the north west of the country. Jordan covers an area of about 34,336 square miles (88,930 square kilometers), and has a population of 6 million (1999 figures). The population is roughly 98% Arab (including 40% Palestinians), 1% Armenian and 1% Circassian. 80% of the population is Muslim, 6% Christian and 14% other faiths.

Text to be added on the development of aviation in Jordan.

Jordan Aviation Bibliography – to be added

Kuwait is located at the northwestern end of the Arabian Gulf, (also known as the Persian Gulf). To the south and southwest is Saudi Arabia, to the northwest and north is Iraq and to the east is the Persian Gulf. Since the liberation of Kuwait from Iraqi occupation in 1991, the border with Iraq has been defined by a permanent wall. Much of the landscape is low undulating desert, with salt marshes fringing the coast. Huge oil and gas reserves made Kuwait the world’s first oil-rich state.

The capital is Kuwait City, situated on coast. The country covers an area of about 6880 square miles (17,820 square kilometers), and has a population of 1.8 million (1993 figures), of which 97% live in towns and cities. The population is made up of 45% Kuwaiti, 35% other Arab, 9% South Asian, 4% Iranian and 7% other minorities. Most of the population is Sunni Muslim.

Text to be added on the development of aviation in Kuwait.

Kuwait Aviation Bibliography – to be added

The State of Qatar is located on a small peninsula projecting from the Arabian peninsula into the Arabian Gulf, (also known as the Persian Gulf). The country has land borders with Saudi Arabia to the south west and the UAE to the south east. To the west is a disputed sea border with Bahrain. Most of the country is flat, semi arid desert, lying about 200 m (1640 ft) above sea level. Plentiful oil and natural gas reserves make it one of the richest states in the region.

Text to be added on the development of aviation in Qatar.

Qatar Aviation Bibliography – to be added

The small Arab sheikhdom of Bahrain consists of a group of 33 low lying sandy islands located in the Arabian Gulf (also known as the Persian Gulf) between Saudi Arabia and Qatar. Bahrain Island is by far the largest and gives its name to the archipelago. A causeway joins Bahrain to the next largest island, Al Muharraq. The third largest island is Sitrah. The capital is Manama (Al Manamah), situated in the north east part of Bahrain island.

The terrain is mainly a low desert plain, rising to a central escarpment only 134 m (440 ft) high. Only about 3% of the land is cultivatable. The archipelago covers an area of about 270 square miles (692 square kilometers), and with a population of 1.23 million (2010 figures) Bahrain is the most densely populated Gulf state. The population is roughly 63% Bahraini, 13% Asian, 10% other Arab and 8% Iranian. 70% of the population is Shi’a Muslim and 30% Sunni Muslim.

Text to be added on the development of aviation in Bahrain.

Upon independence in 1971, the registration prefix A9C-xx (later expanded to A9C-xxx) was adopted, eg: A9C-BAH.