Launched circa 1979 as a bi-monthly but now issued four times per year. Magazine of contemporary news and reports. Has updates to the Civil Aviation Register, international movements, Accidents & Incidents, and Book Reviews. 16-20 pages each. 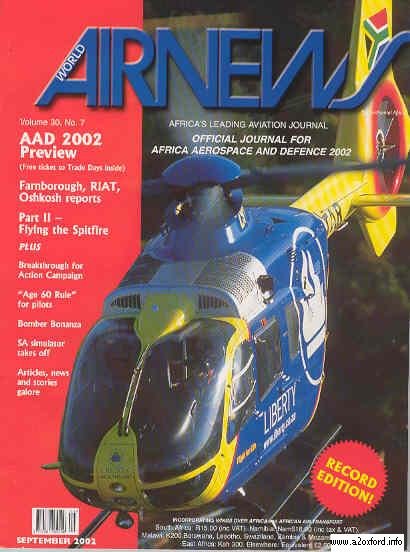 ‘World AirNews’ is subtitled Africa’s Leading Aviation Journal. It is a monthly magazine covering world aviation events with a relevance to Southern Africa. 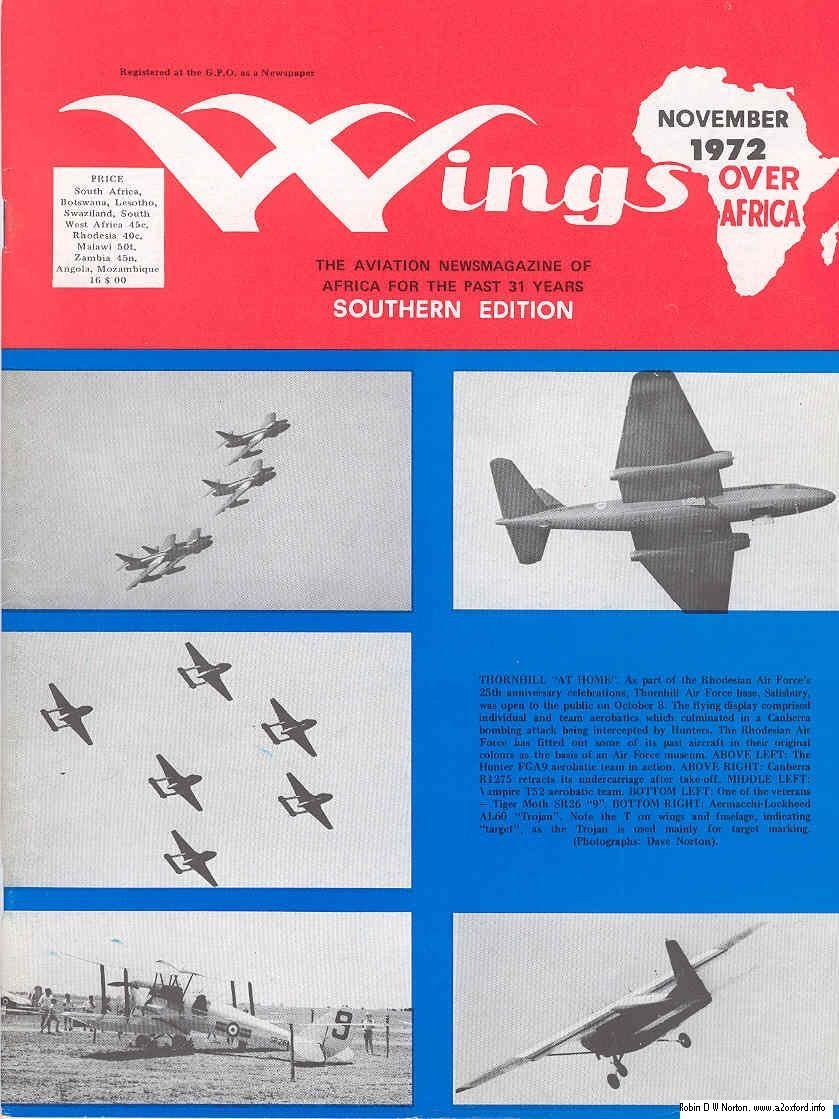 ‘Wings Over Africa’ was subtitled The Aviation News Magazine of Africa. It was a monthly magazine containing almost 100 per cent aviation news, in a newspaper style layout, with many short pieces. Each issue comprised 40 pages, with many b+w photos which mainly featured people. The news coverage was mostly private and commercial news items, with about one page of military news.

The magazine was first published by the Governing Committee in March 1941 under the title ‘Wings Over Africa: The Air Force War Magazine’. The circumstances indicate that the magazine was launched to inform the public about the course of World War 2 in Africa, and in particular the involvement of the SAAF in its campaigns.

After the war, it became The Air and Travel Magazine and continued reporting aviation news in southern Africa. It survived until the late 1980s, when it was taken over by ‘World Airnews’.

‘TraderPlane’ was a monthly aviation info and advertising magazine. It called itself “Africa’s aviation sales and exchange marketplace” and included both aviation news and many pages of “sales” and “wanted” adverts for aviation-related items. These adverts ranged from complete aircraft to aviation services and many other smaller items.

The magazine was available monthly in print, distributed free of charge in South Africa, and by paid subscription.

It was later replaced by the Flysouth.co.za website, which served a similar marketplace function online for a while before becoming a blog about a Grumman AA-1 restoration.

‘The Golden Jaw’ was a scale modelling magazine for members of IPMS Johannesburg. It was published quarterly from Spring 1987. Another source gives the title as ‘Golden Jaws’.

Each issue had 28 pages, with b+w photos and drawings in each issue. The contents included kit reviews, and a branch notice board. The feature articles normally comprised a major look at a specific aircraft type, (with photos and detail/markings drawings), plus a section called Paint Shop which describes and provides drawings for interesting markings schemes.

The Aero Club of South Africa is the umbrella organisation for all the Private and Sport Flying organisations in South Africa. It used to publish a monthly (11/per year) magazine in English, called ‘South African Aeronews’, but this appears to have ceased publication. No reference to it appears on the official ACSA website. 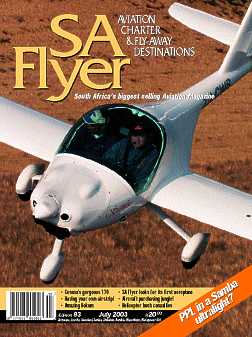 ‘IPMS SA Magazine’ was a quarterly(?) plastic modelling magazine. It was published between 1995 and circa 1999. It included feature articles on aircraft operated by the SAAF.

The IPMS Durban website states that the original local chapter magazine ‘The Natal Modeller’ was developed into the national ‘The IPMS RSA Magazine’. The magazine was closed-down around 1999 in favour of the national IPMS SA website, which now appears to be dead. The Cape Peninsula branch of IPMS South Africa also produced an interesting newsletter, including an issue dated August 2008.

‘Aviation Society of Africa Newsletter’ was a subscription only monthly news and historical magazine. It was published between the 1974 and 1980. Volume 1, Number 9 was dated September 1974.

Each issue had 20 pages, illustrated with photos. It included news, airliner news, register review and accident reports. It also included a survey of aviation in an African country in each issue. It was replaced by ‘African Air Review’.

‘Air Africana’ was a subscription only historical magazine. It was published quarterly (?) from March 1986. It ceased publication sometime in the late 1990s.

Each issue included 24 pages, with photos in each issue. The magazine featured historical and current articles on African aviation, with an emphasis on the South African Air Force. Topics covered included SAAF units and aircraft, the SAAF Museum, other local air forces and airlines.