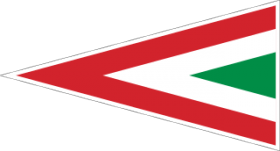 Following Hungarian independence in November 1918, a small air arm was established operating surviving aircraft from Hungarian factories and training schools. This air arm became the Hungarian Red Air Force under the short lived Hungarian Soviet Republic, but was disbanded upon its downfall.
Under the Versailles Treaty, Hungary was forbidden from owning military aircraft. However, a secret air arm was gradually established under the cover of civilian flying clubs. During 1938 the existence of the air force was made known. The air arm was reorganised and expanded. On 1st January 1939 it became independent of the army. It subsequently participated in clashes with the newly established Slovak Republic and in the border confrontation with Romania. On 1st March 1942 the air force was returned to army control. In April 1941, operations were conducted in support of the German invasion of Yugoslavia and on 27 June 1941 Hungary declared war on the Soviet Union. In the summer of 1942 and air brigade was attached to the Luftwaffe’s VIII Fliegerkorps on the Eastern Front. From March 1944 Allied bomber raids began on Hungary and progressively increased in intensity. Late in 1944 all efforts were redirected towards countering the advancing Soviet Army, but to no avail. All fighting in Hungary ended on 16th April 1945.
A small air arm was organised along Soviet lines during 1947. Following the communist takeover, Russian military aid was stepped-up and a major expansion programme initiated. When Soviet forces invaded in November 1956, to suppress the national uprising, sections of the Hungarian Air Force attacked Soviet forces and resisted Russian attempts to occupy their bases. The resistance was shortlived and the air force was demobilised soon after. A reconstituted air arm was reformed in the following year, but initially only as an internal security force. Gradually, the air force was expanded again, but it remained an integral part of the army and was essentially a defensive force. During the 1990’s all combat aircraft were fitted with new IFF (Identification Friend or Foe) systems to enable operations in western airspace. In April 2002 Hungary joined the NFTC pilot training programme in Canada.

None known at present.

The flying units of the air force are organised into a single command, Air Command. The main unit is the Ezred (Regiment) or Osztaly (Wing) with between two and five Szàzad (Squadron) each.