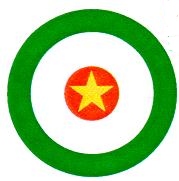 The Air Element of the Suriname Air Force was formed in 1982, shortly after gaining independence from the Netherlands. In May 1982 the SAF received a couple of BN-2A for observation and transport duties. During a civil war in 1986 the SAF bought two PC-7 and two Alouette III to counter the rebels. Some of the aircraft were sold after the conflict. Two C-212 aircraft were delivered in December 1998 and May 1999. Although the aircraft provide valuable capabilities for fishery patrol, border patrol and transportation into Suriname’s vast jungle, as for earlier acquisitions, maintaining and operating these relatively sophisticated aircraft is almost impossible with the limited resources of the Suriname Air Force.

Unit of the Air Force is fully operational.

The aircraft use the prefix SAF plus the serial number.

No false reports of aircraft on order or in service have been noted.

The Air Force is organised in one Air Element.

The Surinam Air Force currently operates one major airbase and one secondary airfield.