The Bell 206L LongRanger is used for VIP transport and liaison duties for the Cyprus Armed Forces, and can carry 6 passengers and 2 crew members.
A total of 3 aircraft were procured from Bell-Textron USA, of which 2 were Military type and 1 was civil Government type. The two military examples were delivered by 1993 (in 1990?). Other sources quote Cypriot 206L delivery dates as one in 1987 and two in 1988.
The Cypriot version of this helicopter was not previously night-capable, and this is thought to have contributed to the crash of one of the Bell 206’s in June 2002, killing several members of the Cypriot Armed Forces leadership. This aircraft is now under review pending the application of night-flight equipment, and it has not been confirmed whether or not a replacement aircraft will be procured of the same type.

Two Bell UH-1H Iroquois were leased from the Greek Army from March 2001 as a stop-gap pending the arrival of up to 7 new transport helicopters expected before 2005. In 2004 a further 2 examples were leased, (plus a single Italian-built AB205). They appear to have been returned to Greece in late 2005.
The Bell UH-1H is a medium-weight utility helicopter designed in the Vietnam war-era to transport up to 15 troops onto the battlefield while carrying self-defensive weapons on mounted pylons.
The Bell UH-1Hs leased from the Greek Army were later grounded after major threats of sanctions by the US, and were returned before a replacement arrived.

Four UH-1H donated by Australia in August 1989 under Project Wit Koki. A fifth ex-civil example was delivered in 1992. Used by the Air Transport Wing. Retired in 1991? due to lack of funds. One returned to service in 2006, followed by a second at later date. [Note: Sources differ significantly on the exact c/n to serial tie-ups. Scramble and WAFD agree with each other, but do not match RAAF data. The latter is used here.] 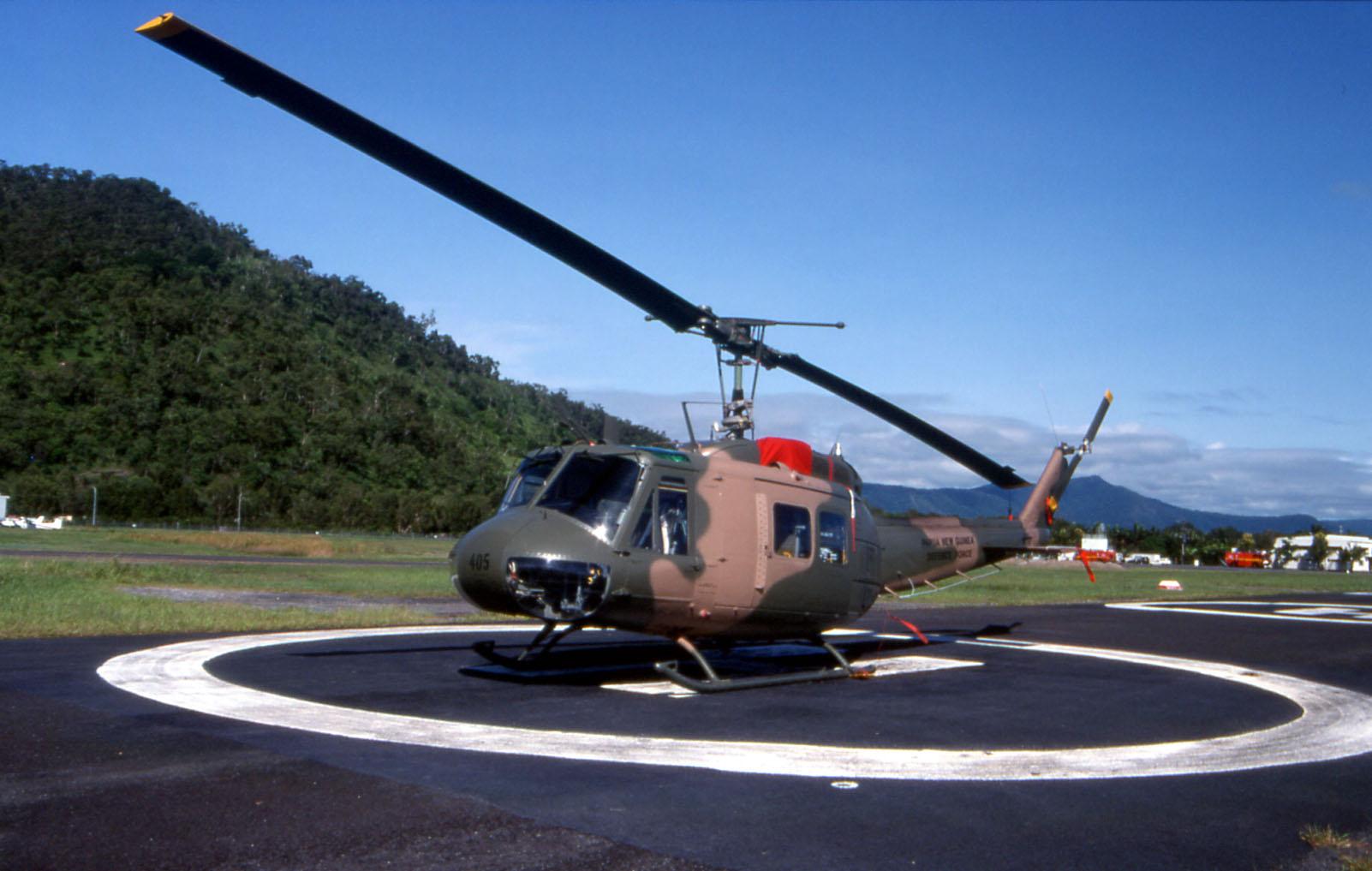 in Panamanian National Aeronaval Service use

Used by the Escuadrilla Presidencial.