China is located in East Asia. China borders 14 countries: Vietnam, Laos and Burma/Mynamar in Southeast Asia; India, Bhutan, Nepal and Pakistan in South Asia; Afghanistan, Tajikistan, Kyrgyzstan and Kazakhstan in Central Asia; and Russia, Mongolia and North Korea in Northern Asia. It also has a long coastline, facing South Korea and Japan across the East China Sea, and Taiwan and the Philippines across the South China Sea. China also occupies the formerly independent country of Tibet.

China’s terrain varies enormously across it’s vast area. Along the eastern coastline, there are large and highly populated alluvial plains. The delta’s of two great rivers, the Yellow River and the Yangtze empty into the sea in the central region of the coast. The south mainly features hills and low mountains, while to the west a high plateau and the Himalayan Mountain range are dominant. The world’s highest mountain, Mt. Everest (8848 m) lies on the Tibet-Nepal border. In the north the Gobi Desert and broad steppes-like grasslands predominate.

Text to be added on the development of aviation in China.

The otherwise dormant Chinese business jet market has come to a turning point, triggered by the air control relax reform. This week, Airbus and Boeing have held their press conference, predicting that each of them will sell over 5 business jets to China each year, while Bombardier also showed that over the next 10 years, total sales of business jets in China will reach over 600 units.

According to Li Bing, sales superintendent of Boeing Greater China, government, large corporates, business leaders etc are their main clients. This year Boeing is expected to deliver 3 business jets, mainly to VIP charters such as Hainan Airlines, and Air China. Upto now Boeing has sold 195 business jets worldwide. Although only with 8 Boeing jets, China is among the fastest growing regions.

The largest business jets represented by BBJ (Boeing) and ACJ (Airbus) with dozens of passenger capacity, have a space 4 times that of smaller ones such as Bombardier and Gulfstream. Their flight range is also much longer. However, with the convenience of spareparts and repair service sharing of their mainstream jets, their operation cost is yet lower than those smaller jets, therefore the big business jets of Boeing and Airbus have been securing their position as the topmost business jet suppliers.

In the myriad of business aircraft types, helicopter is also an important member. EuroCopter, world’s largest helicopter manufacturer said, along with the opening of the low sky, demand of helicotpers in China will also be released, which is suppressed for too long.

Recent data showed that currently China has no more than 100 private jets, while the U.S. has more than 18000 business aircrafts.

At the moment, the Beijing Capital Airlines, which is a joint venture of Hainan Airlines and Beijing Capital Tourism, is the largest business jet operator, Its predecessor was the DeerJet. Capital Airlines has 24 business jets, and hence has the largest fleet in Asia Pacific region, accounting for 90% of China’s total fleet. To meet with the market change of wealth redistribution to the Orient, China Airlines, Eastern Airlines and Southern Airlines are also planning for the business aviation.

China Airlines plans to set up a joint venture with the Beijing Municipal Government to operate VIP chartering. A new type of BBJ jet will be purchased. Previously the China Airlines has only 4 Gulfstream jets under management. Eastern Airlines invested RMB 50 million in a business jet charter company in 2008, and plans to increase its fleet to 3 this year. Southern Airlines, until now not yet involved in business aviation, has also planned to procure a ACJ business jet, and will probably found an independent business jet company.

However, air control in China has impeded the business jet chartering. Passengers are unable to drive directly to beside the jet to get aboard, nor can they alter their route at the last moment. In addition, apart from a few cities with business jet terminals, the rest of Chinese cities have no specialized facilities for business charters. These two factors have become the two largest barriers towards successful development of the Chinese business aviation market and industry, therefore, industry insiders predict that it needs time before the market will really take off.

This is a survey of Chinese aviation, defence and aircraft scale modelling magazines. All magazines are Chinese text only, unless otherwise stated. 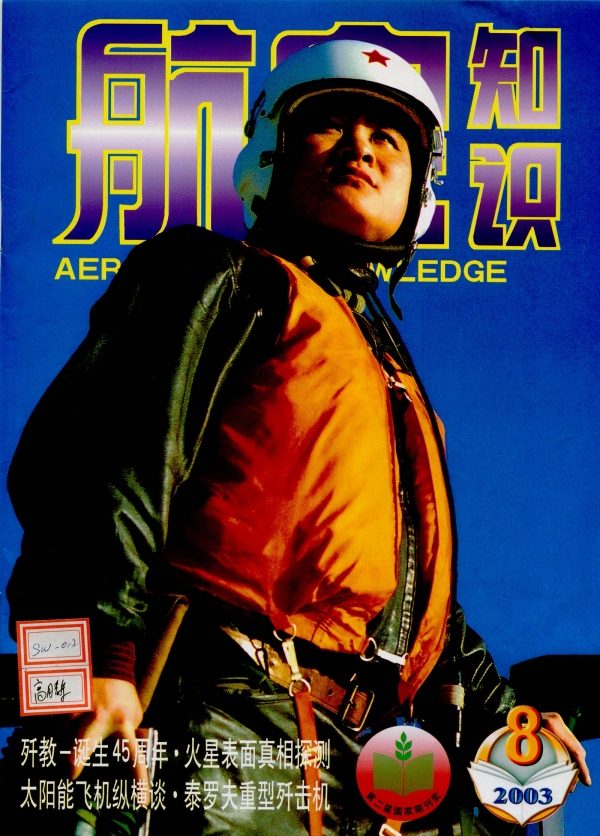 ‘Zhongguo hangtian’. A monthly magazine solely dealing with the technical aspects of missile and space technology.