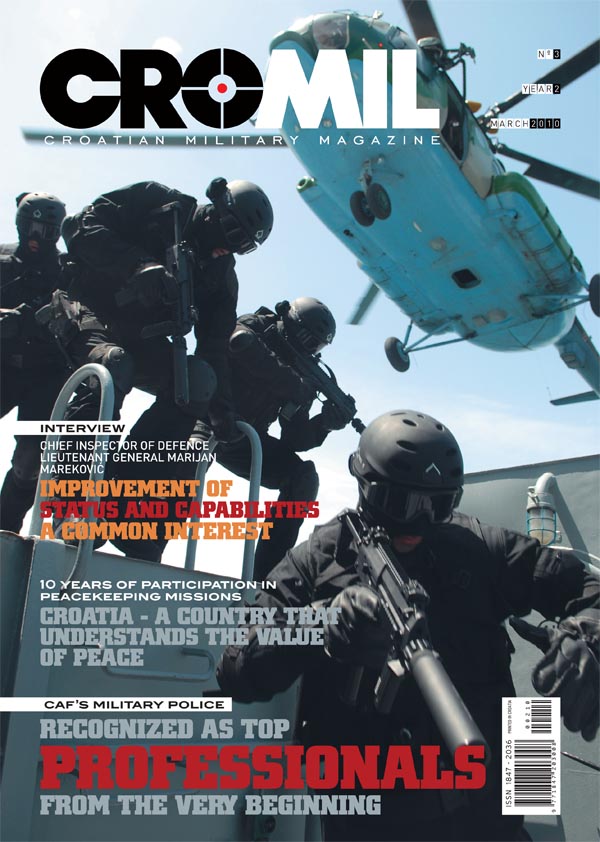 CROMIL is an official magazine of the Croatian Ministry of Defence, focusing exclusively on the activities of the Croatian Army and Air Force. Published twice a year, it is entirely in English. It available as a free PDF download from the MORH website. Each 48-page issue is highly illustrated.

Further information:
MORH website
Inside view of some issues
Issue 1 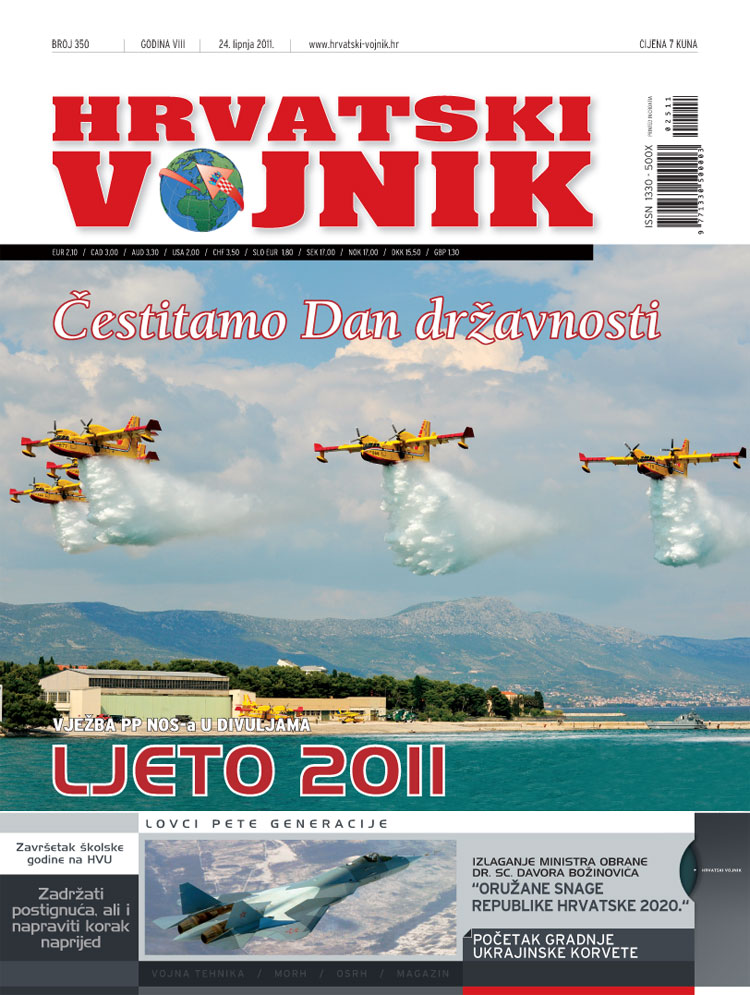 The title translates as Croatian Soldier. This magazine originally appeared in November 1991 as a fortnightly newsletter published by the Croatian Ministry of Defence (Ministarstvo Obrane Republike Hrvatske). The ISSN was 1330-500X. In May 1995 it was relaunched as a glossy monthly military journal – with 11 issues per year. The ISSN for this version was 1333-9036.

After reaching combined issue number 109/110 July-August 2004, the magazine was again relaunched as a fortnightly, but retaining the high quality editorial style of the monthly. Issue numbering commenced at No.1 again with the 1st October 2004 issue. The ISSN reverted to the previous code, 1330-500X. Four issues per year are combined double issues, in June-July and December-January.

‘Hrvatski Vojnik’ covers a wide range of defence issues, with more than half of the pages devoted to subjects outside of Croatia. All versions of the magazine are very well written and illustrated, and include good coverage of the Croatian Air Force.

Croatia’s first aviation magazine, launched in April 2007 and published bi-monthly. It covers the full range of aviation activities, from military and commercial aviation to private and sport flying. Aimed at professionals and aviation enthusiasts, the feature articles are very well illustrated and cover aviation topics in the local region as well as further abroad. Each 100 page A4 size issue is printed on high quality paper.

Further information:
Aeronautika
Inside view of some issues

This is a survey of Croatian aviation, defence and aircraft scale modelling magazines. All magazines are Croatian text only, unless otherwise stated.