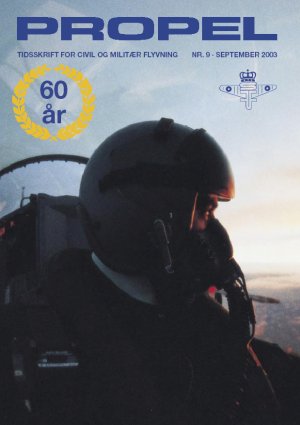 Founded in the 1940, the Flyvevåbnets Soldaterforening (Air Force Soldiers Association) is a social organisation for current and former members of the Royal Danish Air Force. Since 1943 it has published a magazine covering the activities of the association and subjects of interest to its members.

Initially a popular and useful monthly publication, during the late 1960s the magazine encountered problems with missed publication dates and poor content which raised concerns within the FSF. In 1971 Bent Aalbaek-Nielsen took over as editor and set about revitalising the magazine. A dedicated publishing house Luft- og Rumfartsårbogen was established in 1982, which allowed the magazine to be published on a more commercial basis. With effect from the September 1983 issue, ‘Propel’ changed from the previous A5 format to A4 format, increased the page count to 24-32 pages and was printed on a modern 4-colour press. The new design was more of a general interest magazine, as emphasised by the new subtitle Tidsskrift for flyvning og rumfart (Journal of Aviation and Space), and could be obtained at regular news-stands. Nine issues appeared each year.

Until 2004 the magazine continued to appear as a printed monthly news-stand magazine, latterly with the amended subtitle ‘Tidsskrift For Civil Og Militaer Flyvning’. It included articles on Danish and international aviation – both civil and military, plus news and features on the RDAF and the activities of the FSF.

At the start of 2005 the magazine was redesigned to focus much more closely on the activities of the FSF. Publication switched to 6 times per year, and only appeared as a insert in the official RDanAF magazine ‘Flyvevåbnet’ or a free PDF download from the FSF website. Each has 12-16 pages with one or two articles of general aviation interest. From 2013 the frequency increased to 10 issues per year.

‘Oscar Yankee’ is the official magazine of the KZ and Vintage Aircraft Club (KZ Veteranfly Klubben). The KZ series of Danish designed and built aircraft has many examples still flying.

With effect from the 4/2002 issue the official club magazine ‘Veteranfly Klubben’ was renamed ‘Oscar Yankee’. No major design changes were incorporated with the name change.

The quarterly club magazine brings articles and photos of interest to vintage aircraft owners and amateur builders. The foreign members of the club receive a resumé in English of the magazine. An annually issued list of members also includes a register of all vintage aircraft in Denmark along with a list of ongoing restoration and building projects, and the club members’ own vintage aircraft and home-builts.

The Club also organises the popular International KZ Rally, which since 1974 has been held at Stauning Airport in June. 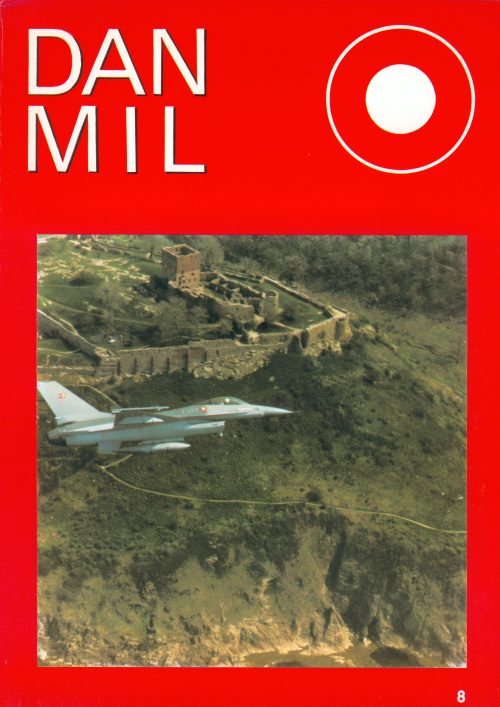 ‘Dan-Mil’ was a magazine of Danish military aviation history. Appearing approximately annually, it was first published in 1971 by Stoppels Forlag (issues 1 to 3), but later changed hands to Kurlands Forlag (issue 5 onwards). All issues were edited by Ole Nikolajsen, except the 1981 Special which was edited by Alf Blume.

The magazine was published in A4 size, with about 70 pages in each, and illustrated with many b+w photos, scale line drawings, and also some colour photos in the later issues. Each issue comprised a pictorial review of aviation in the past year in Denmark, the history of a Danish Air Force squadron and a pictorial feature on a specific Danish Air Force aircraft type – with many photos and very detailed scale drawings showing all markings carried. The text was in Danish, with some summaries in English. The last issue published was No.8 in 1983.