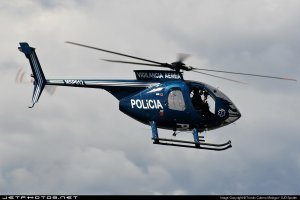 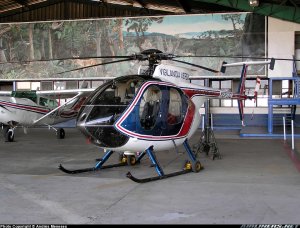 In early 1985, it was reported that a number of Hughes 500 helicopters had been imported clandestinely by North Korea. The helicopters were shipped to North Korea courtesy of the German company Delta-Aviation Fluggeräte GmbH, a Hughes helicopter distributor. Some of the helicopters were shipped from Los Angeles to Antwerp, roaded to Rotterdam where they were loaded onto a Soviet vessel for onward delivery to North Korea. In the event, 18 Hughes 500D and 61 500E helicopters were acquired in this manner. In DPRKAF service, the Hughes 500 has most likely been operated in the close support light gunship role, for agent insertion and as light transports. By the early 2000s, two Regiments, based at Pukchang with the other possibly based at either Kanchon or Sondok respectively, were operating Hughes 500s. Incidentally, over 200 MD 500 helicopters, most of which were assembled under licence, have been operated by the South Korean armed forces since the 1980s.

Three Hughes 269C acquired new from the manufacturer in 1974. Used for policing duties. Withdrawn from service in 1979.