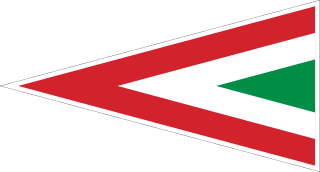 Following Hungarian independence in November 1918, a small air arm was established operating surviving aircraft from Hungarian factories and training schools. This air arm became the Hungarian Red Air Force under the short lived Hungarian Soviet Republic, but was disbanded upon its downfall.
Under the Versailles Treaty, Hungary was forbidden from owning military aircraft. However, a secret air arm was gradually established under the cover of civilian flying clubs. During 1938 the existence of the air force was made known. The air arm was reorganised and expanded. On 1st January 1939 it became independent of the army. It subsequently participated in clashes with the newly established Slovak Republic and in the border confrontation with Romania. On 1st March 1942 the air force was returned to army control. In April 1941, operations were conducted in support of the German invasion of Yugoslavia and on 27 June 1941 Hungary declared war on the Soviet Union. In the summer of 1942 and air brigade was attached to the Luftwaffe’s VIII Fliegerkorps on the Eastern Front. From March 1944 Allied bomber raids began on Hungary and progressively increased in intensity. Late in 1944 all efforts were redirected towards countering the advancing Soviet Army, but to no avail. All fighting in Hungary ended on 16th April 1945.
A small air arm was organised along Soviet lines during 1947. Following the communist takeover, Russian military aid was stepped-up and a major expansion programme initiated. When Soviet forces invaded in November 1956, to suppress the national uprising, sections of the Hungarian Air Force attacked Soviet forces and resisted Russian attempts to occupy their bases. The resistance was shortlived and the air force was demobilised soon after. A reconstituted air arm was reformed in the following year, but initially only as an internal security force. Gradually, the air force was expanded again, but it remained an integral part of the army and was essentially a defensive force. During the 1990’s all combat aircraft were fitted with new IFF (Identification Friend or Foe) systems to enable operations in western airspace. In April 2002 Hungary joined the NFTC pilot training programme in Canada.

None known at present.

The flying units of the air force are organised into a single command, Air Command. The main unit is the Ezred (Regiment) or Osztaly (Wing) with between two and five Szàzad (Squadron) each.

This section describes and illustrates the various national insignia used by the Hungarian Air Force since its formation:

Fin Flash
1948-1949
When the Hungarian Air Force was re-established on 14 April 1948, it adopted a new marking that consisted of a green disc inside a white triangle on a red disc – similar to the modern Lebanese marking but with a smaller green disc. The national colours were carried as horizontal fin and/or rudder stripes.

1949-1951
On 15 November 1949 a new roundel was adopted, to indicate the shift to communist rule. This consisted of a red star within green and red rings – similar to the North Korean marking, but with green instead of blue. The same roundel was used on the fin in place of the traditional stripes.

1951-1990
For the remainder of the communist era, the main marking consisted of a red star with a white and green roundel in the centre. It was displayed on the fuselage sides and above and below each wing, and also on the fin on aircraft. During the Hungarian Uprising of October 1956 the Hungarian flag was painted over the red stars on some rebel aircraft.

1990-1991
Upon the fall of the communist regime at the end of 1990, the main marking was replaced by a chevron marking within a disc.

1991-present
On 31 January 1991 the traditional pre-war chevron marking was re-introduced. The main marking is displayed on the fuselage sides of the helicopters, and in the standard four wing positions and on the tail fin on aircraft. Aircraft do not carry service titles.

This page gives details of some of the aircraft types that were offered or promised to the Hungarian Air Force but not delivered, cancelled official orders, and types have been falsely reported as being in service.

Aero L-159
It was reported that two L-159s were to be leased from the Czech Republic to serve as advanced trainers for Gripen pilots from 2005. This lease did not occur.

Antonov An-30
This aircraft type was not used.

Mikoyan MiG-17U
Only the Chinese built a MiG-17 two-seat trainer, and none served in Hungary.

Mikoyan MiG-21R Fishbed H
Some aircraft reported to be used.

Mraz M.1C Sokol
Some aircraft reported to be used from 1950. None appear to have reached Hungary.

Scottish Aviation Bulldog
It was reported that 26 Swedish aircraft would be brought for pilot training. In fact they were purchased by the Hungarian company AVIA-Rent for private use.

Sukhoi Su-7B Fitter A
The Su-7 was not operated by the Hungarian Air Force.

Tupolev Tu-124 Cookpot
Some aircraft reported to be used until 1975. No military or civil Tu-124s were used in Hungary.

of the Hungarian Air Force