Located in Southeast Asia, Malaysia comprises the two similarly sized regions, Peninsular Malaysia (West Malaysia) and Malaysian Borneo (East Malaysia). The two are separated by the South China Sea. The country has land borders with Thailand in the west and Brunei and Indonesia in the east. It also linked to Singapore by a narrow causeway and bridge.

Both regions of Malaysia have similar terrain, featuring coastal plains rising to hills and mountains. Peninsular Malaysia has the heavily forested Titiwangsa Mountain range running down the centre of the peninsula, dividing the coastal plains. In East Malaysia, the border with Indonesia is defined by a mountain range, which extends into the northern state of Sabah, where Mount Kinabalu reaches 4095 m (13,436 ft). Around the two regions there are numerous small islands.

Text to be added on the development of aviation in Malaysia.

Malaysia civil aircraft use the registration sequence 9M-AAA to 9M-ZZZ since 1963. Prior to independence, the sequences VR-Jxx, VR-Oxx, and VR-Rxx were used. 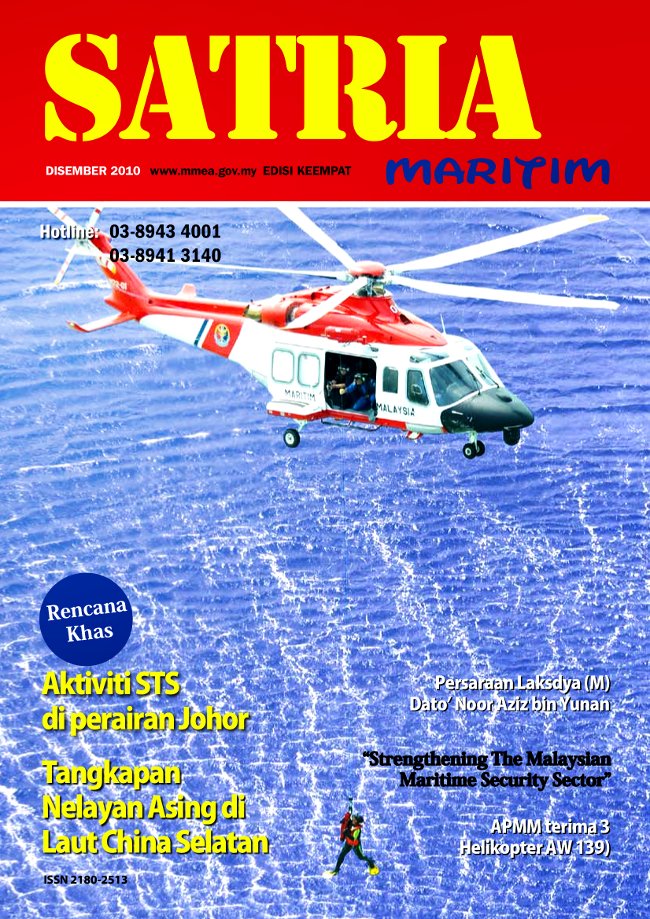 ‘Satria Maritim’ is the official magazine of the Malaysian Maritime Enforcement Agency (MMEA) – the Malaysian Coast Guard. The agency was established in 2005 and in 2009 a quarterly magazine was launched, publicising the activities of the organisation and its equipment. 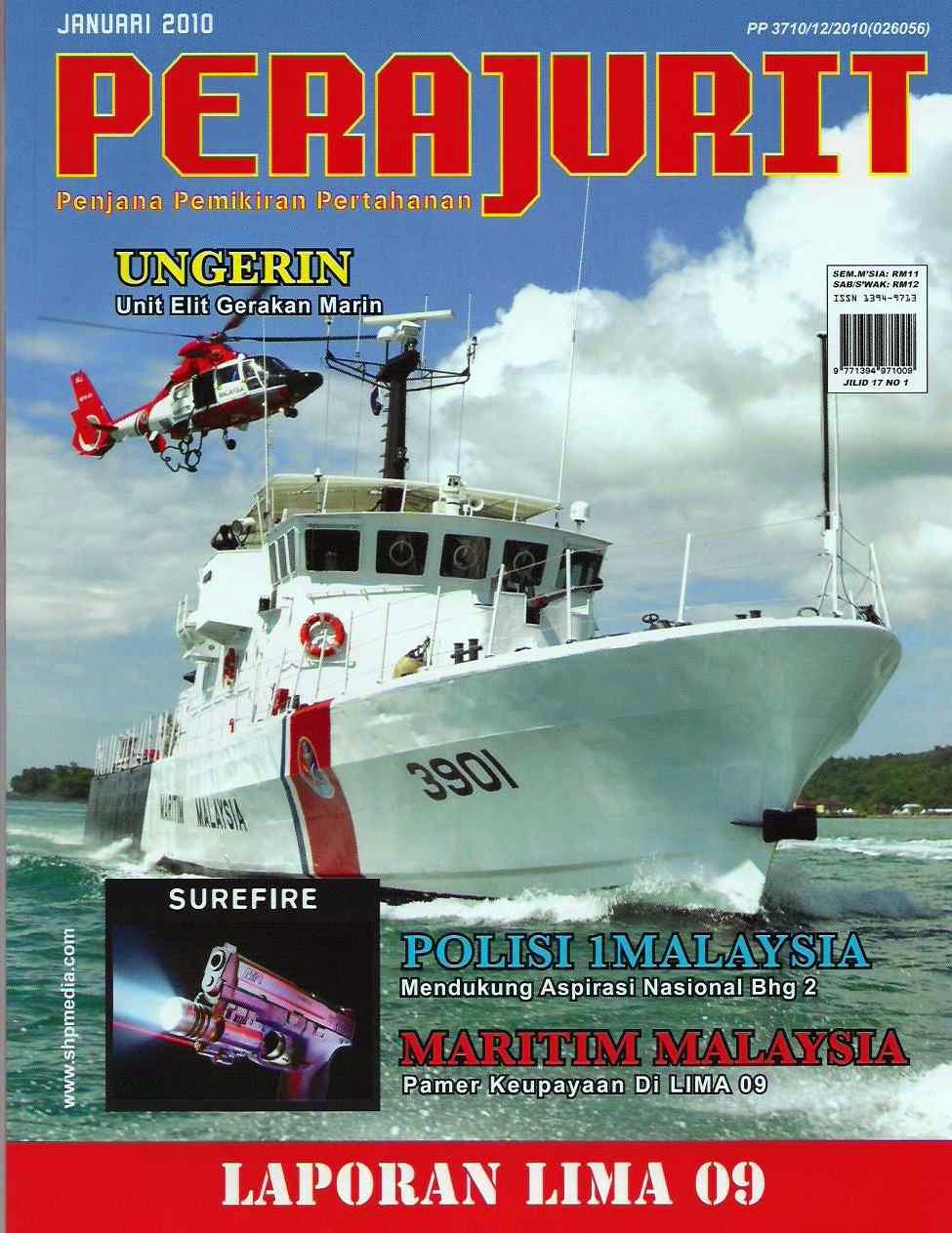 ‘Perajurit’ is the sole defence magazine published entirely in the Malay language in Malaysia. Its vision is to be the platform for providing the latest and most complete information on defence for the knowledge of the reading public in Malaysia.

Current issues involving the military, security and defence industry are given in-depth coverage and analysis on a technical level satisfying to the professional reader yet is comprehensible to the ordinary reader. While ‘Perajurit’ gives focus to local defence and security affairs, geostrategic developments outside Malaysia, especially pertaining to ASEAN countries, are not overlooked especially when such developments affect Malaysian defence and security. The title means The soldier. 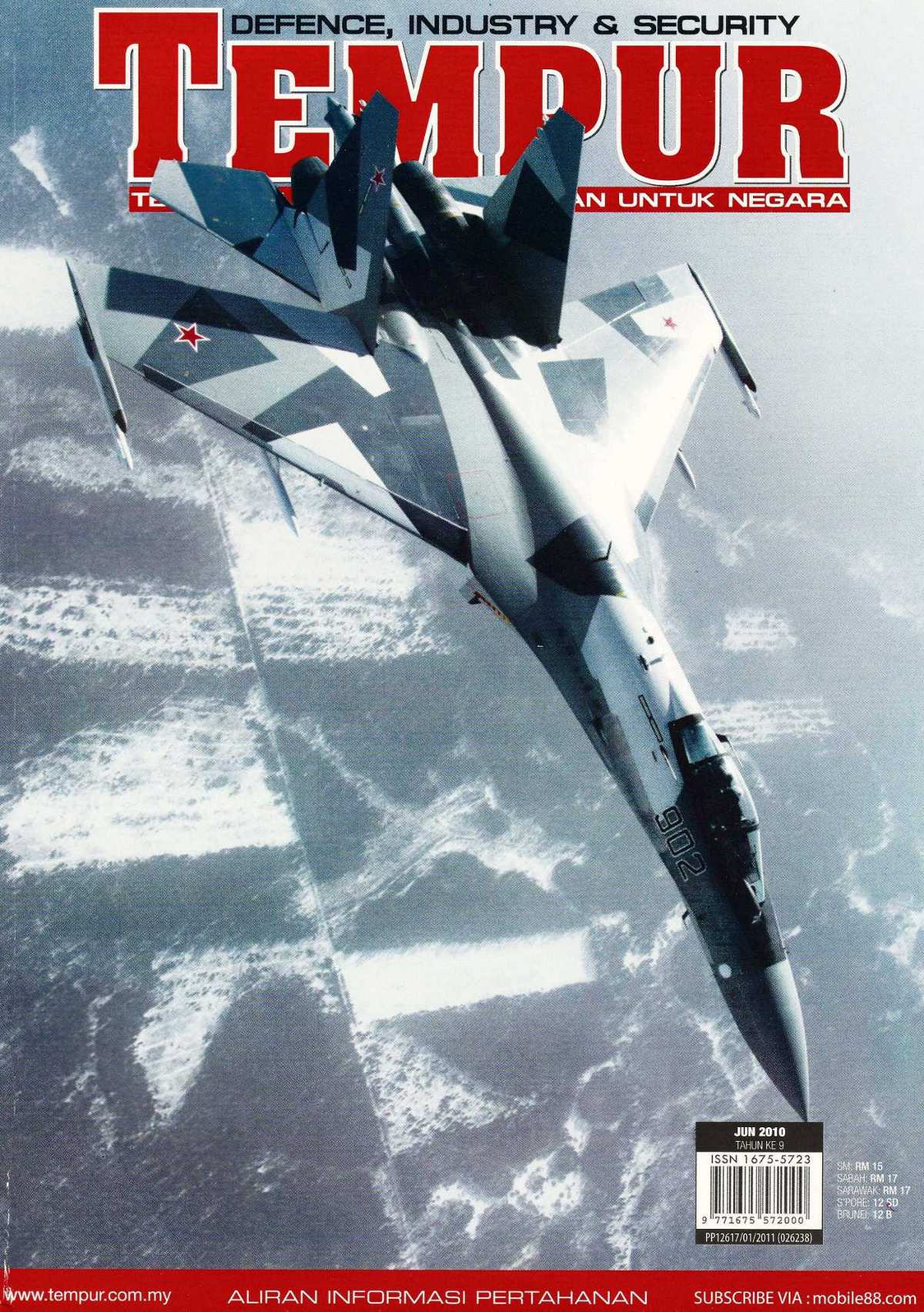 ‘Tempur’ was conceived as a monthly bi-lingual (English/Malay) magazine specialising on the reportage of defence and security affairs of consequence to the Asia-Pacific region, and the ASEAN nation-states in particular.

The editorial content of ‘Tempur’ has, since its inception, accorded high priority to the on-going force modernisation efforts of several Southeast Asian countries, with detailed reports of major procurements of military hardware as well as national defence R & D efforts being undertaken by several ASEAN and other Asia-Pacific countries. The title means Combat. 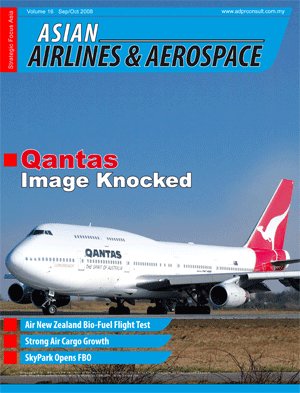 ‘Asian Airlines & Aerospace’ (or ‘AA&A’) focused on commercial aviation developments in the Asia-Pacific region. It included special features, exclusive interviews and profiles of the region’s airline and aerospace industry. Publication frequency was 8-10 issues per year. Vol.11 No.2 was dated February 2004.

In late 2008 the title was sold by ADPR Consult to Global Business Press of Singapore, who renamed it ‘Asian Airlines & Airports’. The last issue from Malaysia was dated Sept-Oct 2008.

This is a survey of Malaysian aviation, defence and aircraft scale modelling magazines. All magazines are English text only, unless otherwise stated.

In addition to the regular country briefings, interviews and product features, there are also company profiles which serve to introduce readers to particular military-industrial facilities or companies, and Retrotech features that give a detailed presentation on specific upgrades/refurbishment projects being undertaken for ground, naval and airborne systems by the Armed Forces of the Asia-Pacific. Published monthly, except January-February and July-August are combined issues. First published in 1970. 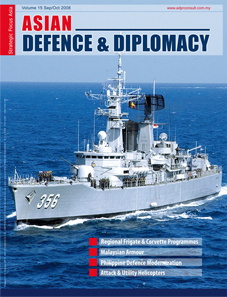 ‘Asian Defence & Diplomacy’ (or ‘AD&D’) focuses on military developments in the Asia-Pacific region. It provides a wide spectrum of substantive reports and analysis on defence and security issues, updates on new products, systems and technology, and articles and interviews on geo-politics in the region. Published bi-monthly. Vol.11 No.2 was dated February 2004.

Originally published by ADPR Consult of Malaysia, in late 2008 the title was sold to Global Business Press of Singapore.

‘Asian Commercial Aviation’ was another magazine concentrating on the fast growing airline market in China and the Asian region. First published in 1998 it initially appeared monthly, except January-February and July-August, which were combined issues. By 2005 it had moved to a bi-monthly schedule and by 2008 it was published quarterly. The declining publishing frequency, showed a reduced readership and the magazine ceased publication altogether circa 2009. Each issue had 36 pages.