[Narrative history to be added].

[Key dates to be added]. 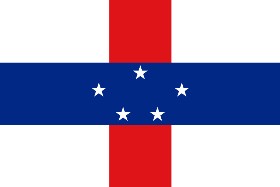 The Netherlands (or Dutch) Antilles comprised two groups of islands: the Leeward Islands off the coast of Venezuela – Aruba, Bonaire and Curacao – and the Windward Islands east of Puerto Rico – Sint Maarten, Saba and Sint Eustatius.

The islands are of volcanic or mixed volcanic and coral origin with little ground suitable for agriculture. The total land area is 993 sq km (383.4 sq miles).

The population of 304,760 (2010 figure) is 85% Mixed Black and 15% other (Carib Amerindian, white, East Asian ). Some 72% of the population is Roman Catholic, with most of the rest following other Christian faiths. The capital city is Willemstad on Curacao.

Text to be added on the development of aviation in the Netherlands Antilles.

Civil aircraft in the Netherlands Antilles were allocated the registration prefix PJ- in 1929. The first aircraft to use this prefix arrived in 1935. This prefix is still in use.

Other airports
Airports in the Netherlands Antilles

The Royal Netherlands Naval Air Service operated from Hato Airport 1952-2007. The USAF has based aircraft at Hato Airport at various times.