One Beech Super King Air 350 obtained new from the manufacturer and delivered in July 1993. Used by the Government of PNG for VIP transport.

One Cessna 412B Golden Eagle delivered in 1981. Used by the Government of PNG for VIP transport. Retired later in 1981.

One Grumman G-1159 Gulfstream II obtained in February 1981. Used by the Government of PNG for VIP transport. Retired in 1984. 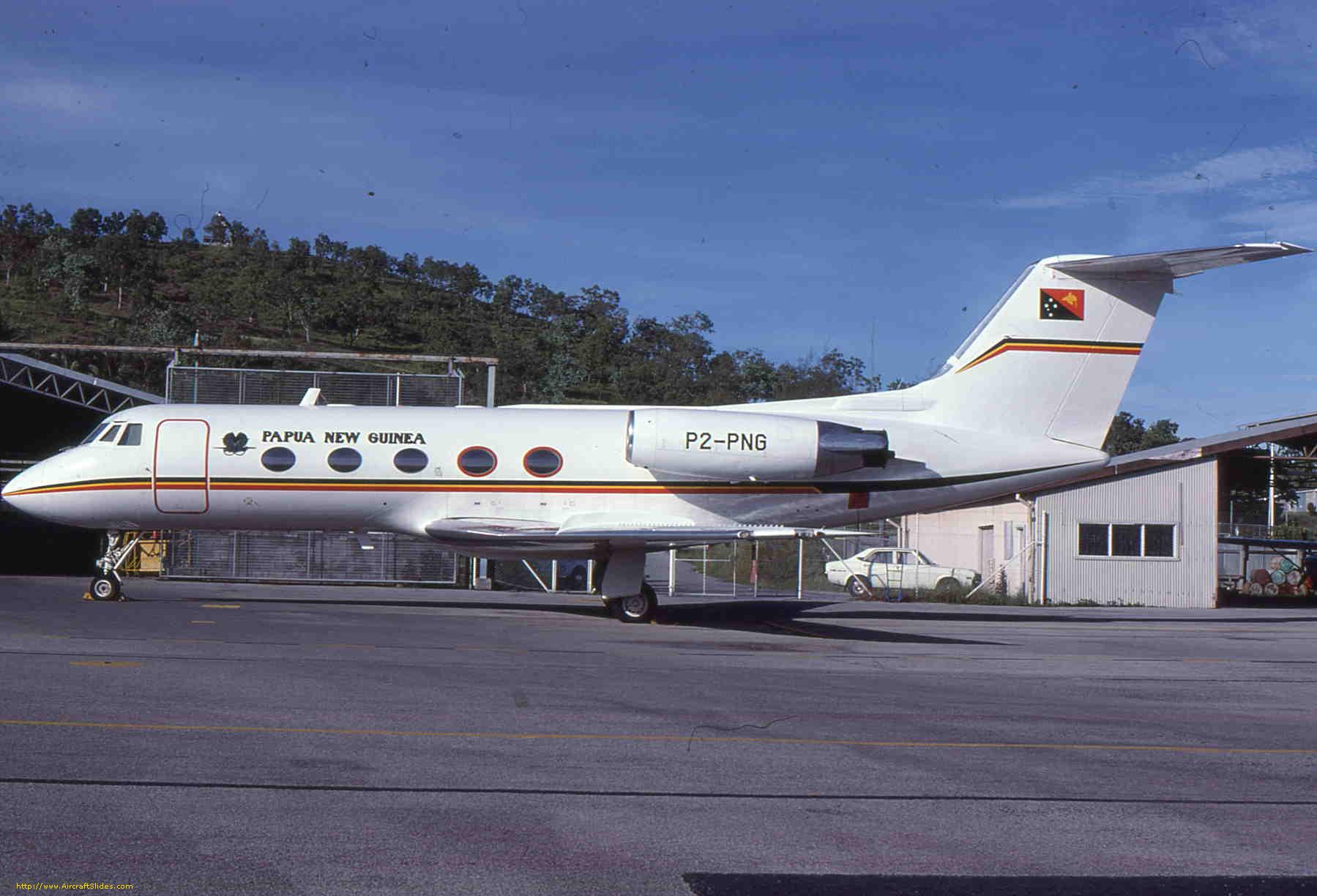 One Dassault Falcon 900EX delivered on 23 November 2009. Operated by Air Nuguini on behalf of the Government of Papua New Guinea for VIP tranport. Carries ‘THE PAPAU NEW GUINEA VISION 2050’ titles on the upper fuselage. Reportedly put up for sale in December 2012, but still in use.