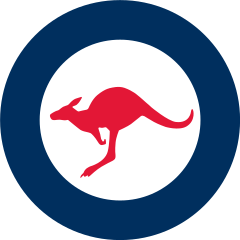 All RAN helicopters are currently active.

Navy aircraft originally operated in full Royal Navy Fleet Air Arm markings, with red/white/blue roundels in the standard six positions plus a fin flash. From September 1956 a roundel with a red kangaroo in the centre was adopted. In accordance with revised Royal Navy practice, the fin flash was also deleted around this time. The service titles ‘NAVY’ were not introduced until after the Korean War, and applied to the fuselage sides of all in-service types. In the 1980s a low-visibility black or grey version of the kangaroo roundel was introduced.

Aircraft operating with the RAN originally retained their Royal Navy FAA serials, but in 1965 a system similar to the RAAF prefix number system was introduced. RAN aircraft serials would now consist of a prefix identifying the basic aircraft followed by an individual aircraft number, e.g. Wessex N7-200. This new system was only applied to newly delivered aircraft, although the ex-US Navy S-2 Trackers retained their US Navy BuA numbers. In the early 1970s the Navy system was integrated with the RAAF system, whereby N17 was used by Navy Kiowas and A17 by Air Force Kiowas.

RAN helicopters are based at Nowra, NSW.

To be added.
Aircraft-Carrying Ships Listing – to be added.

This page lists all the flying units of the Royal Australian Navy, since its formation.