This page describes and illustrates the various national insignia used by the Royal Brunei Air Force since its formation: 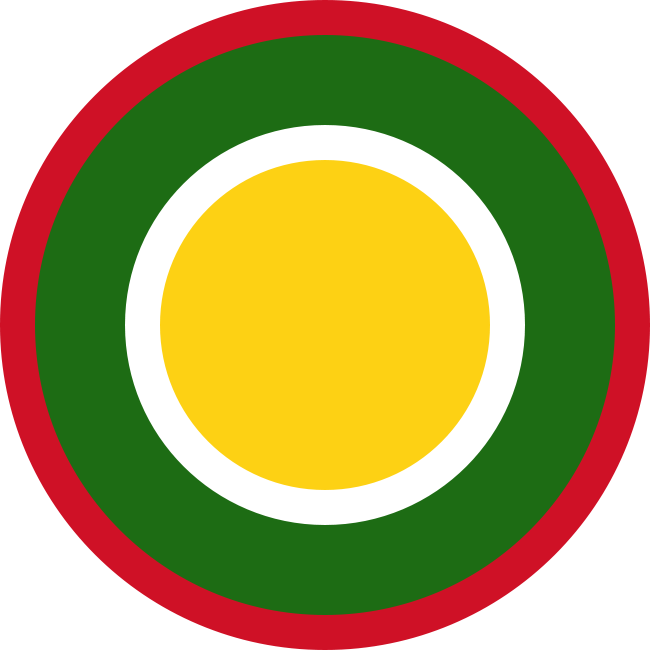 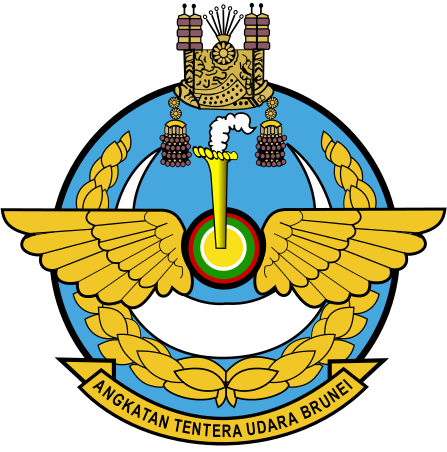 1991-present
Current Brunei aircraft carry the RBAF Official Insignia, (outlined on a white disc if against a dark colour), on the fuselage sides. The use of the roundel appears to have been discontinued. The fin carries the national flag or a blue/white/yellow fin flash – or quite often both. The service titles TENTERA UDATA DIRAJA BRUNEI are carried on most aircraft and helicopters.

The present Royal Brunei Air Force was first established in May 1965 with the creation of an Air Service for the Royal Brunei Malay Regiment. Initially equipped with three Whirlwind helicopters flown by foreign pilots under contract, the unit transported army doctors to remote areas. In 1966 the Whirlwinds were replaced by three Wessex 54 helicopters manned by British RAF crews and the unit became known as the Helicopter Platoon. In the following year five Bell 206 JetRanger helicopters were received. In 1971 the first fixed-wing aircraft was delivered, a H.S.748 transport. In late 1972, the Royal Brunei Malay Regiment was reorganised, and the Helicopter Platoon became the Air Wing.

The First Squadron was formed around the Bell 206 unit and a Piper Cherokee light aircraft was obtained in 1976. In 1980 the Air Technical Training School was established. A Second Squadron was formed in 1981 with the MBB Bo 105 and a Third Squadron in 1982 with SF-260 light attack aircraft. After formal independence from Britain on 1 January 1984 the country became responsible for its own defence. The personnel strength of the Air Wing was expanded considerably and on 1 October 1991 it was renamed the Royal Brunei Air Force.

In 1997 an influx of new equipment allowed two more squadrons, numbers Four and Five, to be established and the re-equipment of the Third Squadron. In November 2011 the biggest aircraft order to date, for twelve S-70i Black Hawk helicopters, was announced. Delivery from 2013 is enabling a significant growth in the capability of the RBAF.

Acquire one C-130J for transport duties.

Historical Order of Battle for 2002

Apart from the main base, there is only one other airfield in Brunei. The RBAF also operates helicopters from warships of the Royal Brunei Navy.
Military Air Bases Listing

This page gives details of the air bases and airfields which have been or are used by the Royal Brunei Air Force.

This page gives a summary of the aircraft-carrying ships which have been or are used by the Royal Brunei Air Force.

This page gives details of some of the aircraft types that were offered or promised to the Royal Brunei Air Force but not delivered, cancelled official orders, and types have been falsely reported as being in service.

British Aerospace Hawk Mk.100
During the mid 1990s, the RBAF was seriously interested in obtaining a squadron of Hawk 100 advanced jet trainers, but no order was actually signed.

British Aerospace Hawk Mk.200
The RBAF was also interested in a squadron of Hawk 200 light fighters in the mid 1990s but, again, no order was placed.

Agusta-Bell AB212
Three AB212s were reported in service with the RBAF. Probably confusion with the Bell 212 Twin Huey that was actually used.

CASA C.212 Aviocar
Eleven C.212s have been reported in service. None were actually delivered.

SIAI Marchetti SF.260TP Warrior
Four of the turbo-prop version of the SF.260 were reported in service. This is most likely a confusion with the SF.260W piston-engined version that was actually used.

Sikorsky S-55/H-19
Several sources give the first helicopter type operated by the Royal Brunei Malay Regiment as the Sikorsky S-55 – including the official history. These helicopters were actually Westland-built WS-55 Whirlwind Srs 3 examples. The WS-55 was a licence-built development of the S-55.