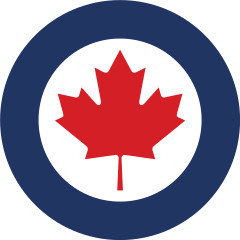 A short-lived Canadian Air Force was established in November 1918 in Europe, but disbanded in February 1920. Back at home, a new Canadian Air Force was formed in the same month by the Army as an auxiliary reservist force. On 1 April 1924 the Canadian Air Force was granted the title ‘Royal’ and gained a permanent staff. On 19 November 1938 the RCAF became an independent service, separate from the Army. On 1 February 1968 it amalgamated with the Army and Navy into a single service – the Canadian Armed Forces (CAF). In 1975, the various CAF aviation units were reorganised into a single Air Command. On 31 July 1997, the previous organisation of Air Transport Group, Fighter Group, Maritime Air Group and 10 Tactical Air Group was replaced by 1 Canadian Air Division/Canadian NORAD Region (1 CAD/CANR). The word ‘Armed’ was dropped from the force title around the same time, resulting in the air force being known as the Canadian Forces Air Command. On 16 August 2011, the CAF Air Command was restored to its traditional title of Royal Canadian Air force.

All RCAF aircraft and helicopters are currently active.

Aircraft operating with the RCAF carry numerical serial numbers. The numbers have been issued in four different series:

First Series (1922-1928)
RCAF aircraft initially carried civil registrations in the sequence G-CYAA to G-CYZZ, with only the last two letters actually displayed on the aircraft, e.g. Puss Moth UT.
Second Series (1928-1968)
In 1928 the military aircraft registration system was switched to a numerical sequence. This numerical sequence consisted of a three-digit number allocated in blocks by aircraft function: 1-300 for trainers, 301-400 for fighters, 401-600 for General Purpose, 601-700 for Transports, 701-800 for Bombers, 801-1000 for Flying Boats. As example is Douglas Digby 740.
Third Series (1939-1968)
By 1939 the available numbers in some blocks had been used up, and so a new sequence of four-digit serials was adopted. The numbers were allocated in blocks by aircraft type, with spaces left for future procurement, e.g. Cessna Crane 8000. In 1942 the system was extended to five-digit numbers.
Fourth Series (1968-Present)
For the merger of Air Force, Navy and Army into the Canadian Armed Forces (CAF), the Canadian military serial numbering system was changed to a six digit number. The first three numbers replicate the aircraft designation number and identify the aircraft type. The last three numbers are the individual airframe identity, and count from x00 or x01 for each type. An example is CF-101B Voodoo 101033. Newly procured aircraft adopted the revised system immediately, but existing aircraft were only renumbered in the period 1970 to 1973. This system was retained when the CAF reverted to its traditional title of Royal Canadian Air Force,
RAF Aircraft
Aircraft operated by 400-series Squadrons in Europe, North Africa and the Far East often used RAF-supplied aircraft, which retained their RAF serials.
Instructional Airframes
Unflyable aircraft used for ground training purposes were allocated a number in the range 1-1000 with a letter prefix of A, B or C, e.g. Harvard A175. After unification in 1968 the prefix was generally replaced by a suffix, e.g. Canadair CF-116 906B.

Aircraft of the Canadian Armed Forces

This section describes and illustrates the insignia used by the Royal Canadian Air Force/Canadian Armed Forces Air Command since its formation:

1920-1946
Right through until the end of World War 2, Canadian military aircraft markings followed the practice of the Royal Air Force. The standard Type A blue/white/red roundel was displayed in the standard six positions, plus a red/white/blue fin flash or rudder stripes – with red leading. Type B and Type C roundels were widely used in World War 2, with no white ring and a thinner white ring respectively. No service titles were carried.

19 January 1946-1947
In the post-war period, a uniquely Canadian national marking was introduced for the first time. This consisted of a blue disk with a Canadian maple leaf in red in the centre. The fin flash remained the Type C version with a thin white central stripe. The service title ‘ROYAL CANADIAN AIR FORCE’ was displayed on the fuselage sides of transport aircraft.

1947-1958
In 1947 an inner white background disk was added to the roundel, to enhance the contrast with the maple leaf. The fin flash and service titles remained as before. (When first introduced, some aircraft carried a roundel that featured a ‘small’ leaf with plenty of space between the leaf and the blue ring, but this was soon standardised with a bigger leaf, as illustrated). 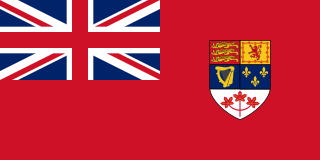 1958-1965
In 1958 the then current Canadian national flag replaced the RAF-style fin flash. This flag was basically red with a Union flag in the top left corner and the Canadian shield to the right. The roundels were unchanged.

1965-present
In 1965 the present Canadian national flag was adopted, red and white with a maple leaf in the centre. Aircraft fin flashes soon switched to this new version. At the same time the roundel was updated to replace the ‘spiky’ maple leaf with the more stylised version used in the national flag.

A number of variations in services titles have been used in this period. The original ROYAL CANADIAN AIR FORCE was replaced by CANADIAN ARMED FORCES in 1968 The introduction of the Official Languages Act in 1969, which gave French equal status, meant all service titles had to be presented in both English and French: ARMED FORCES / FORCES ARMEES. Furthermore, in 1980 the Canada Wordmark was introduced, and this saw the official Canadian federal government ‘Canada’ logo appear on all CAF aircraft. Since the reversion to the traditional name of Royal Canadian Air Force (Aviation Royale Canadienne in French) in 2011, the title ‘RCAF – ARC’ has been added to service aircraft.

1967 variation
1967 marked the 100th anniversary of the Canadian Confederation. As part of the celebrations selected aircraft were marked with an all-red version of the roundel, to more closely replicat ethe national flag. These markings reverted to the standard form at the end of the year. 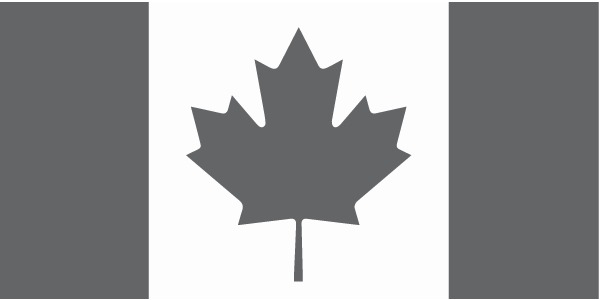 Low Viz
Since the 1980s, a low visibility version of the national markings has been widely used. The most common version on light grey aircraft (e.g. CF-188 Hornet) is for the markings to appear in a darker grey, with the background colour showing through where white would normally be seen. On darker grey aircraft (E.g. CP-140 Aurora) the markings are presented in a lighter grey than the background, although on some helicopters the markings appear to be in black. Service titles appear in the same colour as the roundels.

An early version of low visibility markings was carried by CF-104 Starfighters and CF-116 Freedom Fighters operating in Europe in the late 1970s, whereby the white portion of the standard blue/white/red roundel was replaced by the background camouflage colour. The same substitution was applied to the fin flash.

This page lists all the aviation units of the Royal Canadian Air Force, since its formation.

No. 103 Search and Rescue Squadron

This page gives details of some of the aircraft types that were offered or promised to the Royal Canadian Air Force/Canadian Armed Forces but not delivered, cancelled official orders, and types have been falsely reported as being in service.

Boeing F/A-18E/F Super Hornet
A planned order for 10 F/A-18E and 8 F/A-18F Super Hornets was abandoned in December 2017 after Boeing accused the Canadian Government of unfairly subsidising the Bombardier C-series airliner.

Lockheed CC-141 Starlifter
A order for 4 C-141A Starlifter transports was placed with Lockheed in 1967 but cancelled when the company realised it would be uneconomic to build such a small batch. The designation CC-141 had already been assigned. The CC-137 (Boeing 707) was obtained instead.