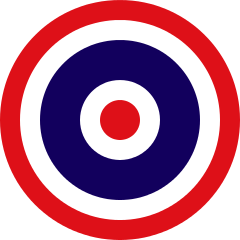 The Royal Thai Air Force (RTAF) is one of the oldest air forces in Asia, being formed in 1913. Three Thai Army officers, who had been sent to France for pilot training, returned in November 1913 with eight military aircraft. This formed the basis for establishing the Siamese Flying Corps, which operated under Army control until 1937, when it became an independent service called the Royal Siam Air Force. Two years later the service was renamed the Royal Thai Air force.

Since 1949, the RTAF has operated a sophisticated serial numbering system that describes the aircraft role, type, individual number and year of purchase. Full details are given on Steve Darke’s Thai-Aviation website – see link below. The number is displayed in Thai script in a relatively small font. In addition, aircraft often retain the serial number assigned by the previous operator, e.g. the US FMS serial.

Each RTAF aircraft carries an individual squadron code, in addition to the air force serial, which can be reused as aircraft are retired. For front-line aircraft the code is normally a five-digit number, while for second-line aircraft shorter numbers are often used.

The RTAF has its own aircraft designation system which is incorporated into the aircraft serial number, as mentioned above.

The RTAF is organised into four Air Divisions, each comprising two or three Wings. Each Wing has between one and six Squadrons.