This is a survey of Saudi Arabian aviation, defence and aircraft scale modelling magazines. All magazines are Arabic text only, unless otherwise stated. 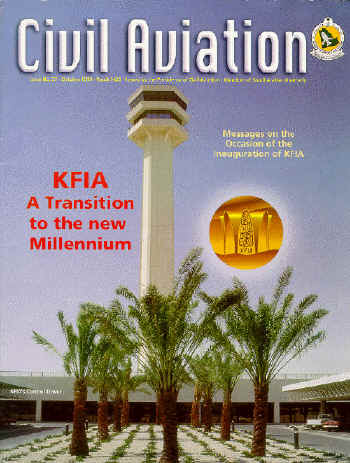 Bi-monthly publication focusing on the operation of commercial aircraft in Saudi Arabia and the Middle East. Published in Saudi Arabia in parallel Arabic and English editions under separate covers. The Arabic version is called ‘al-Tairan al-Madani’ or ‘Majallat al-tayarān al-madanī’ and the English version is called ‘Civil Aviation’. Originally published quarterly, it later switched to bi-monthly publication. Issue 62 was dated January 2011. 18 pages in each issue.

This was a monthly publication looking at aviation and aerospace from the Arab perspective. The publisher no longer appears to exist.

Saudi Arabia is a country in Western Asia, located on the Arabian Peninsula. It is bordered by the Red Sea to the west, Jordan and Iraq to the north, Kuwait to the north east, Qatar, Bahrain, the UAE and the Persian Gulf to the east, Oman to the south east and Yemen to the south.

The terrain of the country is almost entirely sandy desert or shrubland, with little cultivatable land. With almost no rivers or lakes, the main water channels are Wadis, dry drainage courses that become active during sudden rainfall. Along the Red Sea coast runs a rocky escarpment, which includes the Jabal Sawda mountain, 3,133 m (10,279 ft) high. A narrow coastal strip runs between the escarpment and the coast itself. The total land area is 2,149,690 sq km (870,000 sq miles).

Text to be added on the development of aviation in Saudi Arabia.