This is a survey of Slovenian aviation, defence and aircraft scale modelling magazines. All magazines are Slovenian text only, unless otherwise stated. 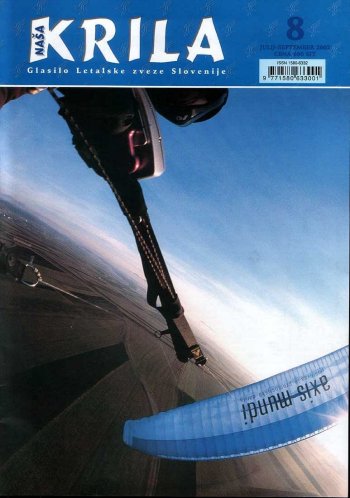 Launched as a quarterly in 2001, it became bi-monthly from it’s second year. Issue 8 was dated July-September 2002. Publication ceased in 2007. The title means Our Wings in Slovenian. Edited by Jože Čuden. No connection to the Serbian magazine of the same name which, of course, was printed in Cyrillic text. 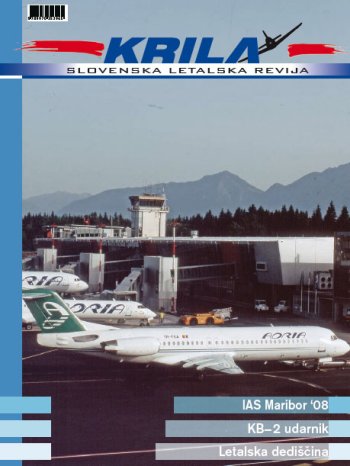 In late 2007 ownership of the title was taken over by Defensor, the publisher of ‘Revija Obramba’ and relaunched in June 2008. The previous subtitle of ‘Slovenska Letalska Revija’ was retained. It aimed to be a general interest magazine covering civil, military and private flying with a bias towards Slovenian subjects. It also included historical features and many high quality photographs. It was published bi-monthly with 36 pages in full colour. This magazine ceased publication after only a few issues. ‘Krila’ means Wings in Slovenian. Edited by Tone Polonec.

‘Krila’ means Wings in Slovenian. Krila was originally subtitled ‘revija letalcev in ljubiteljev letalstva’. A bi-monthly magazine covering all aspects of aviation but with an emphasis on sport flying. First published in 1971. In 1988 the subtitle changed to ‘Slovenska Letalska Revija’. It then became a monthly general interest magazine. It ceased publication in 2001, apparently after a dispute between the printer and the LZS. Edited by Tone Polonec from 1974 onwards. 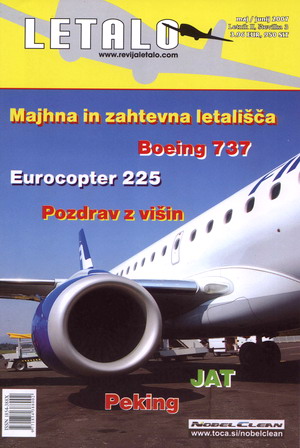 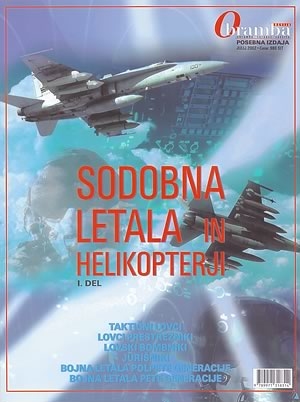 A well produced monthly defence magazine covering Slovenia, NATO and international military and security issues. It povides military-political analysis of contemporary wars and conflicts, together with an overview of the technology and tactics used by military and security forces around the world. Also featured is a look at the hardware used by these forces. A broad range of equipment is described and illustrated, including aircraft, helicopters, AFVs, missiles, guns etc. Naval subjects are generally not covered due to their lack of relevance to Slovenia.

Twice a year a special issue is also produced, concentrating on a particular topic.

The Republic of Slovenia is a small state in south-eastern Europe. It is situated in the north-western part of the Balkan Peninsula. It borders Austria to the north, Hungary to the north-east, Croatia to the south-east and Italy and the Adriatic Sea to the west. The country is mountainous, with fertile valleys and several rivers. Some 42% of the land is forested. It occupies a land area of 20,251 km2 (7820 sq miles) and has a population of 1,974,839 inhabitants (according to the 1991 Census). Its population comprises 88% Slovenes, 3% Croats, 2% Serbs, 1% Bosniak and 6% others. The capital city is Ljubljana.

Text to be added on the development of aviation in Slovenia.

There are plans for a European Aviation Museum at Maribor Airport.

World Trans Siberia
With an Ultralight Plane around the World in 80 days.

Thanks to Matjaz Partlic for updating this information.


Slovenes first began to settle in their current territory during the period from the 6th to the 8th century AD. In the 8th century the region came under the Frankish empire of Charlemagne, before being ruled by Germany as part of the Holy Roman Empire.

In 1526 most of the territory inhabited by Slovenes was formally put under the control of the Hapsburg monarchs of the Austrian Empire. During the Napoleonic Wars, Slovenia was part a Slavic state set up by the French in 1809, known as the Illyrian Provinces. This state collapsed in 1813 and control of the region reverted to Austria. Slovenes were inspired by the various political revolutions which occurred throughout Europe in 1848 and, although divided among several Austrian provinces, began their struggle for political and national unification.

In July 1914, the Austro-Hungarian Empire attacked Serbia, thus starting World War I. Fighting on the Balkan Front went badly for the Hapsburg Empire and by the second-half of 1918, Austro-Hungary was in a state of near collapse. A number of Austrian provinces took the opportunity to break-away. On 29th October 1918, the State of Slovenians, Croats and Serbs (State of S.H.S) was declared. This new state comprised present-day Slovenia, Croatia and Bosnia, but not Serbia or Montenegro. On 1st December 1918, the Kingdoms of Serbia and Montenegro joined the new state, forming the Kingdom of Serbs, Croats and Slovenes. During 1918-1919, Slovenia was involved in a military confrontation with Austria over the border provinces of Carinthia and south Styria. (The dispute was resolved by a League of Nations sponsored plebiscite in October 1920, in which most of the territory voted to remain with Austria). Later in 1919 Slovenian forces were integrated into those of the new Kingdom. The country was renamed Yugoslavia in 1928.

On 6 April 1941 Nazi Germany invaded Yugoslavia. The territory of Slovenia was occupied by German, Italian and Hungarian troops. This occupation marked the start of a long and hard guerrilla war by local partisans against the invaders. The surrender of occupying forces was immediately followed by efforts to re-establish a Yugoslav state. Slovenia became a republic within the new Federal Yugoslavia on 29 November 1945. The leadership of the new country was dominated by communist members from the former wartime partisan forces. In 1947 a section of former Italian Adriatic coastline was handed over to Slovenia. (This former Austro-Hungarian territory had been handed to Italy in 1921 as a reward for its help to the Allies in World War I. The majority of the population remained Slovene and Croatian however, and Italy’s choice of the losing side in World War 2 led to the return of the territory.)

During the postwar period, Slovenia gradually became the most prosperous and westernised of the Yugoslav republics. By the 1980s, all of the original partisan-era leaders had either died or retired, and Yugoslavia was becoming increasingly dominated by Serbian nationalists.

In April 1990 Slovenia held free elections and elected a non-communist coalition government for the first time. On 25 June 1991 parliament declared Slovenia independent of Yugoslavia. The Serb-dominated Yugolav Army tried to halt the secession by force, but after some fighting was forced to withdraw.

The European Community recognised Slovenian independence in December 1991. On 22 May 1992, Slovenia was admitted into the United Nations.

Thanks to Matjaz Partlic for updating this information.