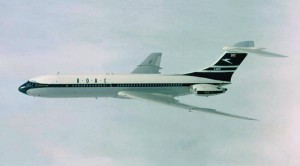 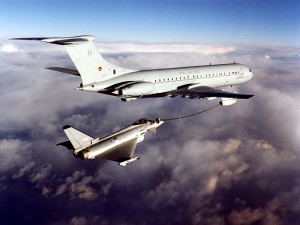 Blessed with the ability to operate at long range and coupled with its massive payload capacity, the vaunted airship was able to rule the skies of Europe since the early days of aviation. There were many worth mentioned airship designs in those days but one in particular raised above others: the incredible Vickers’ R.100. The R.100 had its origins in Great Britain’s need for rapid communication between the Home Islands and its vast overseas empire and colonies. It was this need that propelled the Royal Airship Works to develop two competing airship blue prints; the R.100 and its sister ship, the R.101. The 100 was the brainchild of Barnes Neville Wallis, who would later become famous for the invention of the innovating “bouncing dam bomb” of World War II fame.

Work commenced on what would become the R.100 in the summer of 1928. Wallis implemented some unusual construction techniques on this impressive airship. Some of the innovating systems implemented on the 100 included the world’s first wire mesh netting mechanism intended to keep the ship’s gas (helium) envelops from being damaged by structural friction during flight. Anchors points were placed on the very tip of the ship’s nose for the attaching of the airship to its huge mooring mast. This mooring platform made it for the loading and unloading of passengers and cargo. The massive ship possessed a three deck area. The areas were large enough that up to a hundred passengers could be easy accommodated on them. A roomy dining salon, able to sit 56 people, was added on the second deck. The airship’s canvas covered steel fuselage measured 708’6″ in length with a beam cross section of 135′. The R.100 could carry an impressive 5,199,954 cubic feet of gas. The ship was powered by six massive 670 hp Rolls Royce Condor piston aero engines. This configuration allowed the 100 to operate at a top speed of 81 miles per hours. Operational endurance was around 80 airborne hours.

After a thirteen months design and construction period, on the morning of December 16th, 1929, the best and last major British-made gas-filled airship took to the air on its maiden flight. After a relative short trial period, the R.100 made its first operational flight on July 29th of that year. Setting up for a cross Atlantic trip, Canada being its ultimate destination, the 100 arrived at Montreal on August 1st, making a reality the first successful transatlantic voyaged by an airship. It took the ship just under 80 hours, 78 to be specific; to reach its destination. The return trip took only 58 hours. The successful trip did little to stop the wave of passengers moving for rigid airship to the new commercial airliners. The situation was asseverated when the R.100 sister ship, the 101; crashed in France two months later with heavy loss of life. As a direct result of this disaster, the 100 was removed from active service.

The R.100’s design proved to be so successful that its geodetic construction method was implemented in Great Britain’s main medium bomber platform; the venerable Wellington bomber.