Ukraine is country in eastern Europe. It has borders with Russia to the east and north east, the Black Sea to the south, Romania and Moldova to the south west, Hungary, Slovakia and Poland to the north west and Belarus to the north.

The terrain of Ukraine is mostly composed of fertile plains and plateaus, which are good for agriculture. The mighty Dnieper river flows throuh the middle of the country and empties into the Black Sea. In the west, the Carpathian Mountains run along the border with Hungary, while in the south of the Crimean Peninsula are the Crimean Mountains. The only other significant elevated region is the Donets Hills in the far east along the eastern border. The land area is 65,610 square kilometres (25,332 square miles).

Text to be added on the development of aviation in Ukraine.

All-time Ukraine – civil aircraft register (RW-nnn UR-nnn) [TO BE ADDED].
[Get involved with the Aeroflight Cloud.]

Syria is a country in the northern part of Western Asia. It is bordered by Turkey to the north, Iraq to the east, Jordan to the south, Israel to the south west, Lebanon to the west and the Mediterranean to the north west.

The terrain of the country is divided into a large arid plateau to the east and a mountainous region in the west. The coast of Syria is lined by a mountain range that follows the coast from Turkey, and stops just short of the Lebanese border. A narrow coastal plain separates the mountains from the Mediterranean. A second range of mountains lines the border with Lebanon. Much of the rest of the country is desert or arid plain. The Euphrates river runs diagonally thorough the country, and tributaries and irrigation systems allow a relatively fertile region in the north east which is used for farming. The total land area is 186,475 sq km (71,479 sq miles).

Text to be added on the development of aviation in Syria.

YK SR
Prior to independence, aircraft based in Syria were registered in the F-Oxxx series for ‘France Outre-mer’ aircraft. After independence, the sequence SR-xxx was used 1948-52. In 1952 the registration prefix YK-xxx was adopted, eg: YK-AKD.

North Korea is located on the Korean peninsula in the Sea of Japan in south east Asia. It is bordered by China to the north, the Sea of Japan to the east, South Korea to the south and Korea Bay to the east.
The 38th parallel defines the southern border with South Korea – as defined by the United Nations following the Korean War. The north and east of the country is composed of mountains and uplands, separated by deep and narrow valleys. The west and south west of the country feature two fertile plains, separated by a mountain range. The total land area is 120,538 sq km (46,540 sq miles).
The Population of 23.5 million (2008 figure) comprises 99.8% of Korean origin, with 0.2% ethnically Chinese. Some 55.6% of the people are non-religious, 15.6% atheist, 12.3% traditional beliefs, 12.9% Ch’ondogyo, 2.1% Christian, and 1.5% Buddhist. The capital city is Pyongyang.

Text to be added on the development of aviation in North Korea.

During the Japanese occupation period, Korean civil aircraft used the registration sequence J-Cxxx, with effect from 1933.

Private aircraft ownership is not permitted. 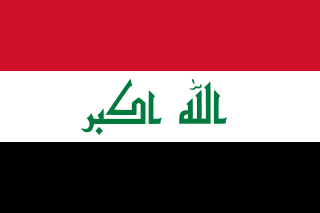 Iraq is a country in Western Asia. It is bounded on the east by Iran, Kuwait to the south, Saudi Arabia to the south west, Jordan to the west, Syria to the north west and Turkey to the north.

Much of the western half of the country is desert. The eastern half comprises a fertile plain between the Euphrates and Tigris rivers, which run through the middle of the country and then empty into the Persian Gulf. There also several large lakes fed by tributaries of these rivers. In the north east, a chain of mountains defines the northern part of the border with Iran. The land area of the country is 438,317 sq km (169,234 sq miles).

The terrain of Afghanistan is largely mountainous, with plains in the north and southwest. The Hindu Kus mountains, running northeast to southwest, divide the country into three main regions – a Central Highlands which forms part of the Himalayas and occupies two thirds of the country’s area, a large Southwestern Plateau which takes up a quarter of the land, and a smaller Northern Plains area which contains the country’s most fertile soil. The land area is 652,230 square kilometres (251,827 square miles).

Text to be added on the development of aviation in Afghanistan.

Afghanistan Aviation Bibliography – to be added