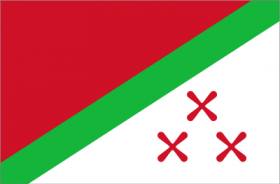 The former Belgian Congo was given independence on 30 June 1960, amid a prolonged period of political and economic upheaval. Very shortly afterwards, the Province of Katanga declared unilateral independence from the newly established Republic of Congo. The breakaway province took over many of the assets of the former colonial policing air arm, the Aviation de la Force Publique du Congo, and formed a new air arm, the Katanga Air Force. A few AFP aircraft were also used to establish a Katanga Government Aviation Unit, for the transport of supplies and government officials. Several additional civil aircraft were later impressed into government service. This page covers the non-military transport aircraft used by the Katanga Government. Katanga Air Force aircraft are covered elsewhere.

After the Congo government received substantial outside help, the rebels were put on the defensive and the Katangan capital Elisabethville was captured by pro-government forces on 30 December 1962. On 21 January 1963, the last rebel stronghold of Kolwezi surrendered, formally ending the war.

The Katanga Government Aviation Unit was disbanded in January 1963.

A variety of semi-fictional airlines and aircraft operators were involved in smuggling weapons and equipment to the Katanga forces. These unofficial operations are not included here, only the officially operated aircraft.

Katanga Government Aviation was an ad-hoc entity that operated without much central organisation or structure. There were no subordinate units.

The main air base was Luano, but Kolwezi, Jadotville, Kisenge, Dilolo and Kipushi were also used.