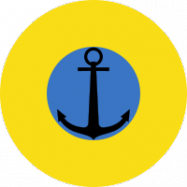 Only a relatively small proportion of the Naval aircraft inventory is fully operational. Many aircraft are in store or awaiting overhaul. Flying hours are barely sufficient to maintain crew proficiency.

In the immediate future, the Navy needs to recover and restructure following the loss of its key facilities in Crimea.

Serial numbers consist of a two-digit number, usually in yellow, over the range 01 to 99. The Ka-25 and Mi-14 helicopters have also been seen with red codes.

The main air base at Novofedorivka had to be abandoned in March 2014 after it was occupied by Russian Marines. A new base at Mykolayiv is being established.

A number of air bases were inherited from the Soviet Navy, but most were closed down or transferred to the Air Force in the 1990s to cut operating costs. Further facilities, including the main operating base at Novofedorivka and the Sevastopol Aviation Enterprise overhaul plant were lost in the Russian occupation of Crimea.
Military Air Bases Listing

Overview: the Air Forces of Ukraine