Magazine dedicated to sport aviation and kitplanes. Ceased publication in about 2001.

Magazine focusing on civil and military aviation in Argentina and neighbouring countries. The first issue was dated November-December 1982. Initially called Aviacion Latinoamericana, but soon abbreviated to ALA. The first 8 issues were in Spanish with high-quality printing and expanded rapidly from an initial 16 pages per issue to 48 pages per issue. Intended to be bi-monthly, the title ran into financial trouble after issue 8 and was forced too move to a cheaper production process, and switch to English to appeal to a wider potential readership. Issue 9 onwards appeared quarterly and comprised 28-32 pages per issue. 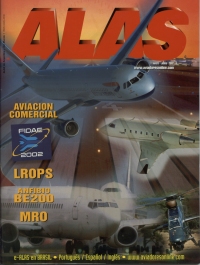 Subtitled ‘Alas De Argentina Y Del Mundo’. ‘Alas’ appears to be a free magazine funded by advertising. It covers a wide range of Latin American-biased current aviation topics, including commercial and private aviation, defence and public security, helicopters and airshows/exhibitions. It also includes a column on recent aviation news. Published bi-monthly, it includes 48-50 pages in each issue, with colour on every page. Pdf files of each issue are on the official websites, but obtaining printed versions may a bit more difficult as neither the website nor the magazine itself include a postal address. First published in 1994. 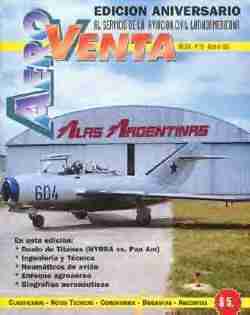 Weekly newsletter published during the early 1960s. No further information. 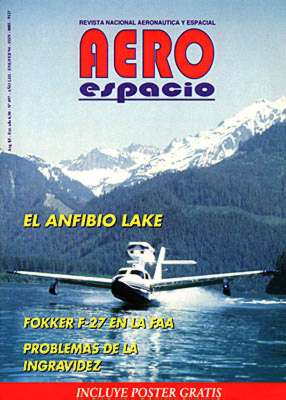 ‘Aeroespacio’ was the first major aeronautical magazine in Latin America, having appeared under various titles since 1941. It provides high quality coverage of civil, commercial, sport and military aviation in Argentina and around the world.

A bi-monthly general interest aircraft magazine, with 60 pages each, with photos and drawings. Each issue usually included a feature article on an aircraft type operated by the Argentinian armed forces. Also covered Argentinian airliners and light aircraft. Good mixture of modern and historical subjects. Issue 554 was dated July/August 2003.

This magazine previously appeared under the title ‘Revista Nacional de Aeronautica‘, but in July 1967 (at issue No.300) is was renamed ‘Aeroespacio’. From July 1970 (No.336) the title as amended to it’s current wording of ‘Aeroespacio – Revista Nacional Aeronáutica y Espacial’. Since 1977 the magazine has been published bi-monthly.