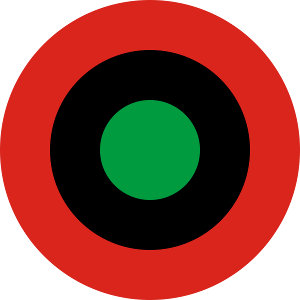 The Eastern Region of Nigeria announced its secession as the State of Biafra on 30 May 1967. Having no existing air power, the Biafran Air Force was hastily assembled from a number of aircraft and personnel obtained from abroad. The aircraft were delivered via a variety of legal and illegal means. The Nigerian Army attacked Biafra in July, but Biafran forces counter-attacked and were able to expand their territory. A civil war followed, which saw the Biafran Air Force operate extensively in support of ground forces.

Both the Biafran and Nigerian air forces saw significant expansion during the civil war. Biafra obtained several AT-6s and famously about a dozen MFI-9 ‘Minicons’ for light attack duties, but the Nigerians introduced MiG-17s and Il-28s. In December 1969 Nigerian Federal forces launched a final offensive and Biafra surrendered in January 1970. Most airworthy aircraft fled abroad.

The Biafran Air Force was disbanded in January 1970.

Biafran Air Force aircraft either retained there previous registration or serial, or operated without any external identity markings, e.g. T-6 14810.

The BAF headquarters moved several times due to the course of the civil war. The initial location was Enugu.

The BAF was initially without much organisational structure, but by 1969 consisted of a Training Command and a Tactical Air Command. The units of the former are unknown. The latter had up to three squadrons.

The main air base was Enugu, but Port Harcourt, Orlu and Uli were also used.

Shadows: Airlift and Airwar in Biafra and Nigeria 1967-1970 by Micheal I Draper (Hikoki Publications, 1999)

of the Biafran Air Force