Monthly tabloid delivered to most airports in Canada, and also available to aviation businesses across Canada and the United States. An informal publication with up-to-date aviation industry news and aviation safety articles from Transport Canada, the US FAA, as well as other regulatory general aviation bodies in Canada and the United States.
Includes feature articles by AOPA’s Phil Boyer and COPA’s Regional Representatives each month, as well as editorials from well known contributors from across both countries. Features the popular Warbirds editorial page by Ed Anderson, a well known aviation photographer and writer, as well as other highly respected regular monthly contributors, a Calendar of Events covering airshows, fly-ins, club events and special announcement of courses and seminars available to the flying public. Also includes an extensive Classified Adverts section. Replaced by Aviation News Journal circa 2004. 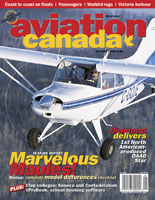 Magazine formed by the merger between the titles ‘Aerospace & Defence Technology’ and the long running ‘Canadian Aviation’. Published monthly from January 1990 (Vol.63 No.1, from assuming the number of Canadian Aviation) until September 1993, when it was renamed ‘Canadian Aviation & Aircraft For Sale’, see below.

Monthly civil airliner spotters magazine, launched to replace the defunct ‘North American Aviation News’. First issue dated October 1987. Edited by Brian Dunn and Micheal Baker. Published in A4 size with one staple in the corner, to facilite filing in a ring binder. Main sections include: Airline and Route News, Movement reports for most, but not all major Canadian airports, Airline Fleet Update, Biz Jet and Biz Prop updates, Canadian Industry Update, Bombardier Update, DHC updates and CCAR updates. Not all sections are updated on a monthly basis, some are.  Also space and time often dictate what can be run in each month.  Sometimes small photos are
accomodated on the back page. 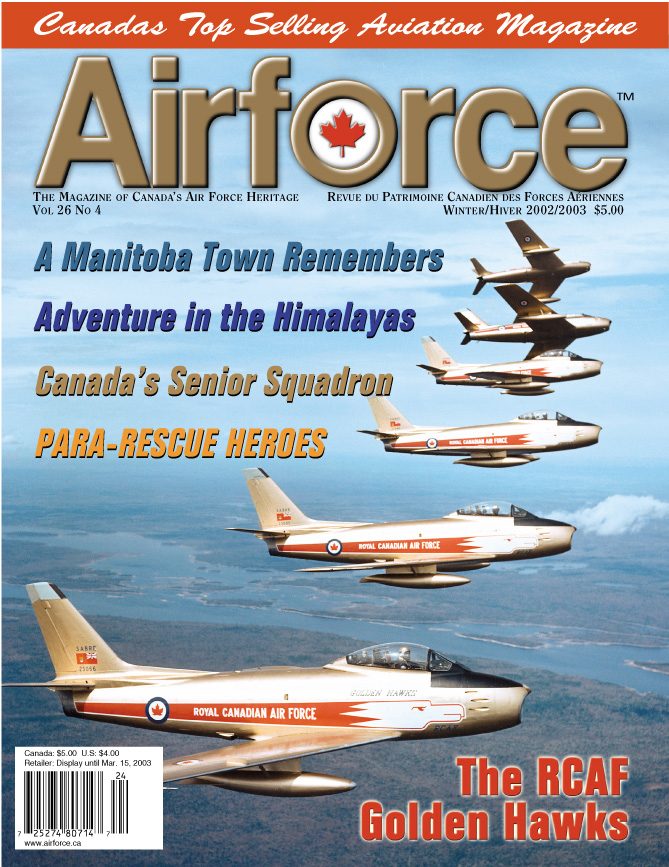 Subtitled ‘The Magazine of Canada’s Air Force Heritage’. Airforce is the official “house organ” of the 60,000 strong Air Force Association of Canada (formerly RCAF Association). Distributed to serving members of Canada’s air force, it is also available on newsstands throughout the country. The magazine has been published quarterly since 1977.
‘Airforce’ is a 64 page full colour publication published four times per year, which has a long-standing policy of featuring aviation art on its covers. Stories and articles focus on military aviation in Canada, past, present and future; the proud history of the Royal Canadian Air Force; current activities of Canada’s present day air force and frequent updates on developments in the aviation and aerospace industry. Regular features include a guest editorial, Royal Canadian Air Cadet news, a review section on aviation and military related books, videos and music, Association news and an always interesting “Airmail” or letters-to-the-editor section.
The editor since December 1993 has been Vic Johnson. Vol.26 No.4 was dated Winter 2003/2003. The magazine was created out of the ashes of its predecessor ‘Wings at Home’, a utilitarian newsletter of the Association. 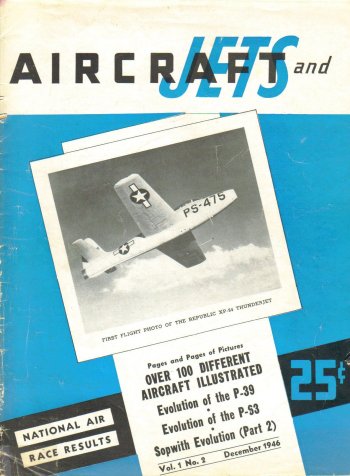 Subtitled The Pictorial Magazine of Aircraft. A short-lived monthly magazine published in the late 1940s, with an emphasis on photographic illustrations. Vol.1 No.1 was dated June 1946, while Vol.1 No.2 was dated December 1946. Probably didn’t reach issue 3 due to paper shortage and printing problems at the time. 34 pages in each issue, with about 100 b+w photos in each. Edited by C.G.B. Stuart.

Monthly general interest magazine published between the 1940s and February 1964, at least. Published and edited by Bob Halford. No further information.