The Service Nationale de Protection Civile (SNPC) was first established in 1951 primarily to aid the civil population in the event of a nuclear war. It soon possessed considerable firefighting and rescue capabilities to meet this task. With this capability it was often called into help after natural disasters and accidents. In 1957 the Groupement d’Helicopteres was created, intially flying the Agusta-Bell AB.47. The helicopter fleet soon expanded, and in 1963 the first fixed-wing water-bomber aircraft were ordered. They entered service the following year from a new base at Marignane. By 1975 the organisation had become much more orientated towards its day-to-day accident response, rescue and fire-fighting roles than its original nuclear preparedness role, and so was renamed Sécurité Civile. In 2011 a new centralised headquarters structure was created under the title Direction générale de la sécurité civile et de la gestion des crises (DGSCGC). The Sécurité Civile remains a civil defence organisation, involved in coast guard, Search and Rescue, ambulance and fire-fighting duties.

The SC aircraft are used for rescue and aerial fire fighting.

Securite Civile helicopters used to operate in an overall red colour scheme with a white fuselage cheatline. The titles SECURITE CIVILE were carried on the tail boom and under the nose, an Air Force-style French national roundel was displayed on the rear fuselage and the Securite Civile logo of a blue triangle on an orange disc was shown on the cabin door. Nowadays, all the EC145s operate in a red and yellow colour scheme, with SECURITE CIVILE titles under the cabin door. The national roundel remains on the rear fuselage but the SC triangle and disc logo appears on the rotor pylon.

The fixed-wing aircraft operate in a variety of colour schemes. The CL-415s uses a red and yellow scheme with SECURITE CIVILE titles on the fuselage sides. The Firecats use a white and red scheme and the Q400s a unique white scheme with a gently waving red/white/black/white/red cheatline.

French Civil Defence aircraft and helicopters carry civil registrations in the F-ZBxx series, eg: CL-415 F-ZBFN. The limited range of letters means that registrations are re-used when aircraft are retired. The Canadairs and Firecats also carry large ‘fleet numbers’ in the range 1-99.

Any further photographs illustrating this air arm would be welcome.
of the French Securite Civile

This page lists all the flying units of the Securite Civile, since its formation.

of the French Securite Civile

of the State Emergency Service of Ukraine 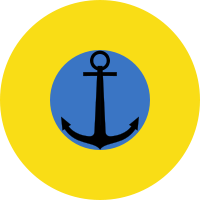 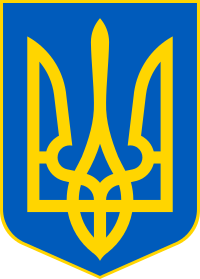