Warning: Use of undefined constant current - assumed 'current' (this will throw an Error in a future version of PHP) in /home/customer/www/aeroflight.co.uk/public_html/wp-content/plugins/waf-inventory/waf-inventory.php on line 60

The Turkish Republic of Northern Cyprus / Kuzey Kıbrıs Türk Cumhuriyeti (TRNC/KKTC) has a small security force manned by Turkish Cypriots. It operates independently of the Turkish armed forces based in northern Cyprus. Most of the equipment and training is supplied by the Turkish Army.

The Turkish Cypriot Security Force was established in 1975, not long after the Turkish occupation of Northern Cyprus. It seems that about ten years later an Air Unit was established with equipment from the Turkish Army. Around the year 2000 this unit upgraded to the latest AS 532 Cougar helicopter.

The helicopters of the GKK are fully operational.

The helicopters appear to operate without national insignia, except possibly a TRNC flag on the fin. Service titles appear on the tail boom TURK xxxx??

No information available on GKK serial numbering. It is possible that Turkish Army serials are retained.

The Cessna 172 reported in EAFD is most likely a civilian aircraft.

The GKK Air Unit has no subsidiary units.

The location of the helicopter base is not known. Possible it is in the region of Girne/Kyrenia.

Any photographs illustrating this air arm would be welcome.
in Turkish Cypriot Security Force service

Two Mi-17 reportedly in use around 1999. The Turkish Army never used this type, only the Jandarmerie, so the possible origin of these helicopters is mysterious. Used for Security duties.

Some Bell UH-1 acquired from the Turkish Army in the 1970s. One reference identifies them as “UH-1D” variants, but the Turkish Army only used the AB204, AB205 and UH-1H versions. Used for security duties. Retired when replaced by the AS 532 Cougar.

Two AS 532 acquired from the Turkish Army sometime between 1996 and 2005. Used for Security duties. One appears to be dedicated to Search and Rescue duties, and the other to Medical Evacuation. 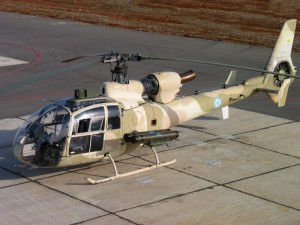 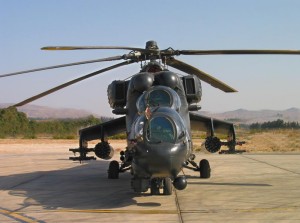