This is a survey of German aviation, defence and aircraft scale modelling magazines. Aviation has played a key role throughout Germany’s turbulent history in the twentieth century. In consequence, a good number of German aircraft magazines devote either all, or a significant portion, of their pages to the aircraft and history of the Luftwaffe in World War Two and postwar. This coverage is often in considerable detail and rarely seen outside the country. In contrast, coverage of World War One aviation appears to be quite scarce for some reason – with US and British publications offering far better coverage of German WW 1 subjects.

This survey includes publications from both the former East and West German Republics. Magazines are assumed to be of Federal Republic (West German) origin unless otherwise indicated.

All magazines are German text only, unless otherwise stated.

For other nations, check our country by country listing. An alphabetical index of titles is also available, as is a list of useful magazine shops which deal with new or secondhand magazines. 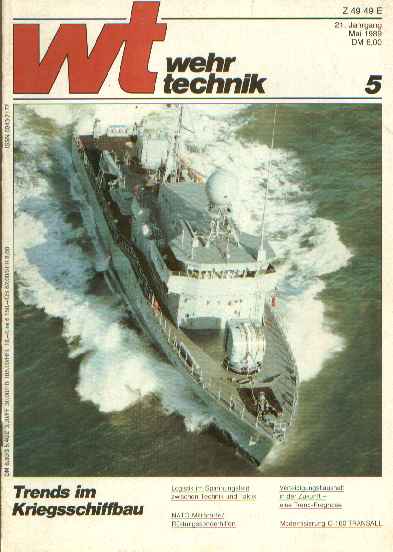 Overview of defence technology around the world. Highly informative. Formerly published by Meyers (of ‘Meyers All
The World’s Warships’ fame).

According to the blurb, this magazine should be your first choice if plastic aircraft modelling means more to you than anything else – and you can understand German. Having reached issue No.17 in January/February 2003, it contains highly-detailed reports on kits and dioramas with background articles and colour profiles on historical subjects, with technical and marking variations etc.
In 2001 an accompanying book series Im Detail, which features individual subjects on aircraft and armoured vehicles, kicked off with the first of two covering the Junkers Ju 88 (Euro17.75), the most recent addition being the Blohm & Voss BV 222 Wiking flying boat (Euro24.95).