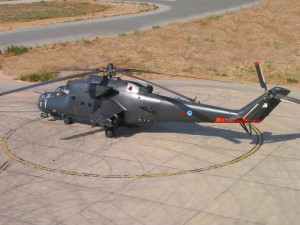 Forty-seven Mi-24s were reportedly delivered in 1985, with Gordon and Kommissariov stating that 50 had been delivered by 1995. Only 20 were said to remain in service in November 2000. No information on individual aircraft is available.