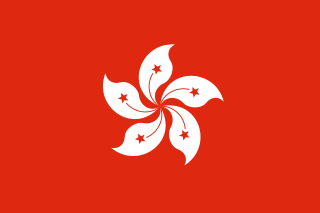 Hong Kong is a Special Administrative Region of the Republic of China. It is located on China’s south coast, on the opposite side of the Pearl River delta to Macau. It comprises Hong Kong Island, the Kowloon Peninsula, the New Territories and over 200 offshore islands. The largest of these islands is Lantau Island.

Text to be added on the development of aviation in Hong Kong.

Under British Colonial rule, civil aircraft in Hong Kong were allocated the registration prefix VR-Hxx in 1929. The first aircraft to use this prefix arrived in 1930.

Upon the transfer of sovereignty to China in 1993, the registration prefix was changed to B-Hxx. The Hong Kong Special Administrative Region maintained control of its own aircraft register after the handover. The initial sequence B-HAA to B-HZZ soon proved insufficient and additional sequences B-KAA to B-KZZ and B-LAA to B-LZZ are now also used.

Other airports
Airports in Hong Kong

‘Orient Aviation’ regards itself as the leading commercial aviation magazine in the Asia-Pacific region, with unrivalled coverage of the changing aviation scene in China and the region as a whole. Launched as a quarterly in October 1993, became a bi-monthly two years later and in February 1998 increased its frequency to 10 issues a year. It now has an audited circulation of almost 10,000 copies. The editor is Christine McGee.

This is a survey of Hong Kong aviation, defence and aircraft scale modelling magazines. All magazines are English text only, unless otherwise stated.