This is a survey of Irish aviation, defence and aircraft scale modelling magazines. All magazines are English text only, unless otherwise stated.

A monthly magazine which first went on sale on 20 May 2004. It ceased publication in January 2005. It dealt with many different Irish aviation issues and was available in Northern Ireland and the Republic of Ireland. It proved highly popular and was a well respected magazine.

‘Irish Air Letter’ is a monthly magazine covering all aspects of Irish aviation (including in the North). It appears to have started off as a spotting magazine, but later developed into more of a historical journal that includes industry news and local aircraft movements reports. It carries the subtitle The Monthly Journal of Current and Historical Irish Aviation.

An A4 size magazine. It includes a movements review for major Irish airfields/airports, historical round-ups, Irish civil register, and Irish Air Corps news together with lengthy feature articles on historical subjects. It has been publsihed since at least 1975, with the July 2009 issue being number 415. The current editor is Paul Cunniffe. 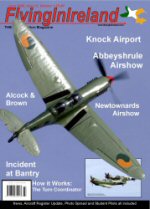 ‘Aviation Ireland’ was a spotting magazine published by the Aviation Society of Ireland, It appeared monthly and had sections on aviation news, airport movements, a HF report and RTTY Section, together with Society news and general articles on various aviation subjects. The magazine also had a two page colour photo cover which provides the only current photographic coverage of the aviation scene in Ireland.

‘Aviation’ was originally launched as ‘Irish Aviation’ circa 1932, but dropped the ‘Irish’ from the title at some point, possibly in 1936. It was subtitled ‘The National Air Magazine of Ireland’. Ceased publication with the December 1937 issue. 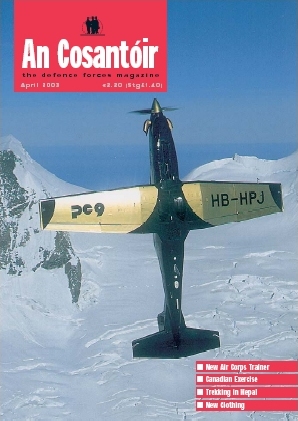 Subtitled The Defence Forces Magazine. Established in 1940, ‘An Cosantóir’ is a glossy, 32-page, high-quality magazine which is produced monthly (10 issues per year). ‘An Cosantóir’ carries articles by military and civilian authors on a wide range of topics of a military nature or of interest to military personnel. Most features deal with current Irish military matters including, new equipment, training, overseas missions, exercises, sport, and Corps, Service, and Unit activities. Other regular topics include international military activities, military history, and adventure holidays. The activities of the Irish Air Corps are well covered. July-August 2004 was Vol.64 No.5.