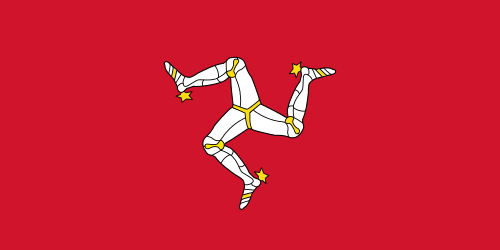 The Isle of Man is an island in the Irish Sea, between the islands of Great Britain and Ireland. It is a self-governing British Crown Dependency. The closest land is southern Scotland.

The island is mainly hilly, with a central valley running North West – South East. The far North of the island is very flat. The total land area is 572 sq km (221 sq miles).

The population of 85,400 (2012 figure) is 94% White with 6% other. Some 72% of the population is Church of England, with most of the rest following other Christian faiths. The capital city is Douglas.

Prior to 2007, civil aircraft on the Isle of Man used the standard United Kingdom registration prefix of G-. On 1st May 2007 the Isle of Man Government launched a new ‘niche market’ civil aircraft register aimed at corporate and private aircraft not engaged in public transport work. As such, it is the only dedicated corporate aircraft register in Europe. This enterprise has been extremely successful and now covers well over 500 aircraft. The registration takes the form M-xxxx.

wikipedia: Airlines of the Isle of Man
The World’s Airlines: United Kingdom

Other airports
Airports in the Isle of Man

RAF Stations in the Isle of Man

Isle of Man Aviation Bibliography – to be added