This is a survey of South African aviation, defence and aircraft scale modelling magazines. All magazines are English text only, unless otherwise stated. 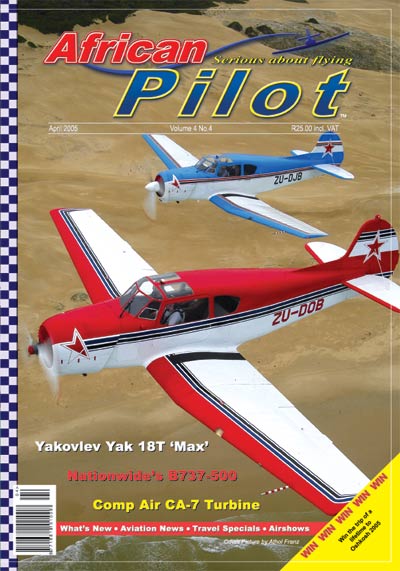 Subtitled ‘Serious About Flying’, the publication is aimed at pilots and aviation enthusiasts with an editorial mix that is also pitched to attract ‘industry’ readers and advertisers. Regular features include aviation product surveys. African Pilot is the second largest aviation magazine in South Africa by copy sales with an audited circulation. Run by a professional photographer, layout and presentation is to a good standard and the company also markets its ‘contract publishing’ skills to embrace exhibition guides to brochures, leaflets and branded calendars.

An A4 sized, full colour monthly magazine, African Pilot’s January 2011 issue was 112 pages plus cover. Eight issues were published in the first year, starting with the December 2001/January 2002 issue. From the February 2002 issue the magazine has appeared monthly.

‘African Air Review’ (AAR) was a subscription only magazine produced by the group of historians called the Aviation Society of Africa. It was published bi-monthly from March 1980 and replaced the previous ‘ASA Newsletter’.

Each issue had 16 pages, with 7 photos in each. It featured historical and current articles on African aviation and the latest aviation news – especially Southern Africa, airline news, African civil register news, and military news, together with articles on local air forces and airlines in detail. In 1984 the publishing frequency became quarterly, and in 1985 a (quarterly?) 4-12 page Update newsletter was introduced, concentrating on news and events.

In 1986 the feature articles were consolidated into a new magazine, ‘Air Africana’, while AAR continued as a news magazine with reduced page count (4-8 pages per issue). It ceased publication in the 1990s in favour of the current rather pathetic ‘minimalist’ ASA website. There is no publication information on the website. 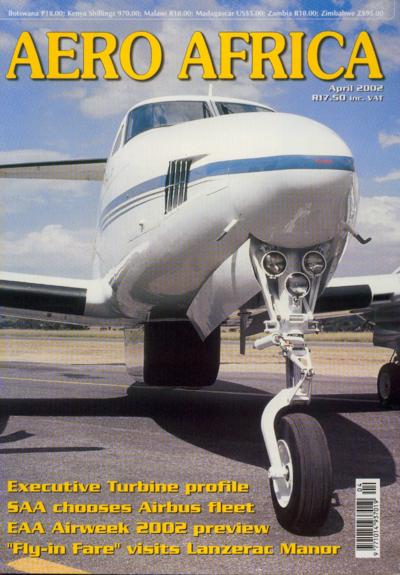 It appeared as a 48 page A4-sized magazine in full colour. From the July 2000 issue it came under new management and had a design make-over. It was the second largest circulating magazine in Southern Africa, until it closed down in late 2003.