The Central Region Emergency Service Trust (CREST) was formed by a group of Manawatu residents in 2009, who wanted to see a locally owned and operated rescue helicopter in Palmerston North. The existing helicopter was the Square Trust Rescue Helicopter operated by Philips Search and Rescue Trust, which was not felt to provide adequate service.

In 2020 a contract was signed with HELiPRO for two helicopters and the service launched soon after. Unfortunately, contracted helicopter operator HELiPRO went into receivership in November 2014 and subsequently closed down its entire New Zealand operation. The CREST service appears to have ceased at the same time.

Following the cessation of helicopter operations, the Charitable Trust itself appears to have been dissolved.

The CREST organisation appears to have been disbanded. No official websites are functional.

The CREST helicopters operated in the standard overall red colour scheme of HELiPRO.

The helicopters were based at Palmerston North Airport.

Helicopter rescue services in the Wellington area began in 1976 with Capital Helicopters obtaining and air operating licence in 1976. The service was progressively upgraded and in 1982 the Life Flight Trust was formally established. The next year a fixed-wing air ambulance service was added.

The rescue helicopter operates in the standard Westpac Rescue colours of red and yellow. The fixed wing aircraft operate in a red and white colour scheme, except for the Jetstream which operates in a unique ‘bandaged’ paint scheme.

The Bell 206 was lost in an accident.

The Otago Rescue Helicopter Trust was first formed in 1998 to establish and fund a dedicated intensive care rescue helicopter service for the greater Otago area. The helicopter began operations later in 1998.

The ORH operates in an overall black colour scheme with OTAGO REGIONAL RESCUE titles on the fuselage.

The helicopter is based at Taieri Airfield in Mosgie.

In 1989 the Canterbury West Coast Air Rescue Trust was formally established to bring a rescue helicopter service to the Christchurch region. The helicopter began operations in 1990. A second smaller helicopter was introduced in 1997 – operating from Greymouth. ‘Solid Energy’ became the major sponsor of the second helicopter in 2001, but pulled out of the deal in April 2013 and was replaced as main sponsor by New Zealand Coal and Carbon (NZCC).

Both helicopters are operated by Garden City Helicopters on hehalf of the CWCART and are fully operational.

The helicopters are based at Christchurch Airport and Greymouth Airport.

A helicopter rescue service started in Auckland when the Auckland Surf Life Saving Association started using a leased Hiller 12E helicopter in the summer of 1970. At the start of 1973 this helicopter was replace by a turboshaft engined FH-1100. On 31 January 1985 the ASLSA helicopter reached 1000 rescues since its inception 15 years earlier. Sometime in the 1980s a Bell 206 JetRanger was introduced, which was sponsored by Westpac from 1986. In 1990 a charitable trust was established to run a permament rescue helicopter service for the region. It initially took over the operations of the Bell 206, but later replaced this with an AS350.

The helicopters are fully operational.

The helicopters are based at Mechanics Bay Heliport, Auckland.

Given the low population density of New Zealand and the large distances between hospitals, Air Ambulance and helicopter rescue services have become a vital amenity.

From the 1950s fixed-wing aircraft were being used to transport critically ill patients in remote aereas ot larger hospitals. The Kaitāia Aero Club operated an air ambulance from 1952 – first using a Fox Moth aeroplane and then a twin-engined Dominie.

In late 1970 the first rescue helicopter service was launched in Auckland. This pioneering programme was soon imitated in other parts of the country. By the 1980s there were several rescue helicopter services operating. These high profile services soon attracted commercial sponsors. From about 1990 the creation of Charitable Trusts to administer the services was widely adopted.

Once source says that aeromedical services are currently provided by 18 rescue helicopter trusts, and 12 companies and clubs operating fixed-wing aircraft – although only 13 trusts and 2 companies have been traced. These organisations are contracted by the government to ensure all regions have an ambulance service. Rescue helicopters also assist with police and search and rescue operations.

Public aeromedical services receive less than half of their funding from government, the rest comes from public donations and commercial sponsorship.

There are reportedly 18 rescue helicopter trusts and 12 companies and clubs providing public aeromedical services, altough only 13 trusts and 2 companies have been traced.

New Zealand Air Ambulances and rescue helicopters operate in a wide variety of markings. The helicopters normally display several coporate logos from their commercial sponosrs. There are no standard service titles.

There is no central headquarters. The service is provided by individual operators tasked through the 111 emergency phone number system.

Any photographs illustrating this operator would be welcome.
of New Zealand Air Ambulance Service Providers

This page lists all the New Zealand Air Ambulance Service Providers, since the service’s introduction.

This page gives a summary of the aircraft-carrying ships which have been or are used by the Royal New Zealand Navy. 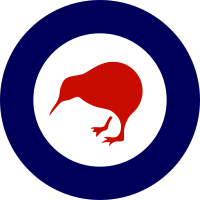