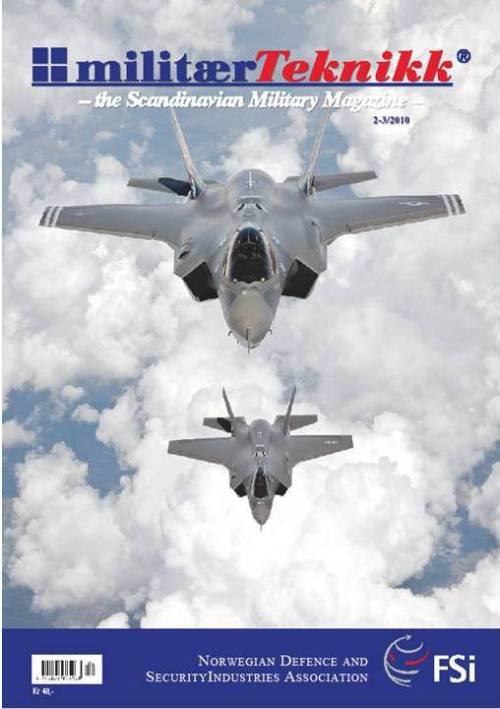 ‘MilitærTeknikk’ is the leading magazine on military technology in Scandinavia. It carries the sub-title The Scandinavian Military Magazine. Each issue covers contemporary military topics and describes the latest equipment for land, sea and air forces.

Further information:
MilitærTeknikk
some back issues in PDF

‘Norsk Flyhistorisk Tidsskrift’ (Norwegian Aviation History Journal) replaced NFF-Kontakt in 1985 as the official journal of the Norsk Flyhistorisk Forening (NFF). The magazine covered all aspects of Norwegian aviation history, but mostly focused on military topics in its later years. The magazine stopped production in 1999 and the NFF disbanded in 2000.

‘Aeroplanet’ (Aeroplane) was one of the earliest aviation magazines in Norway. Published for the first time on 1 November 1918 it appeared monthly until the early 1920s. The editor was first lieutenant Hagtvedt and later lieutenant Schiøtz. The magazine was produced for the Norsk Luftseiladsforening. 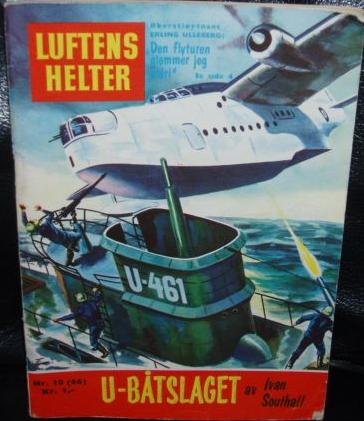 ‘Luftens Helter’ (Air Heroes) was a popular aviation magazine from the 1950s. Aimed at younger readers, it mainly focused on exciting true-life stories from World war Two. The editor was Finn Arnesen. It ceased publication in 1960 after issue 68, and was replaced by ‘Vi Flyr’.

Further information:
PDFs of back issues for 1955
Back issues on QXL.no 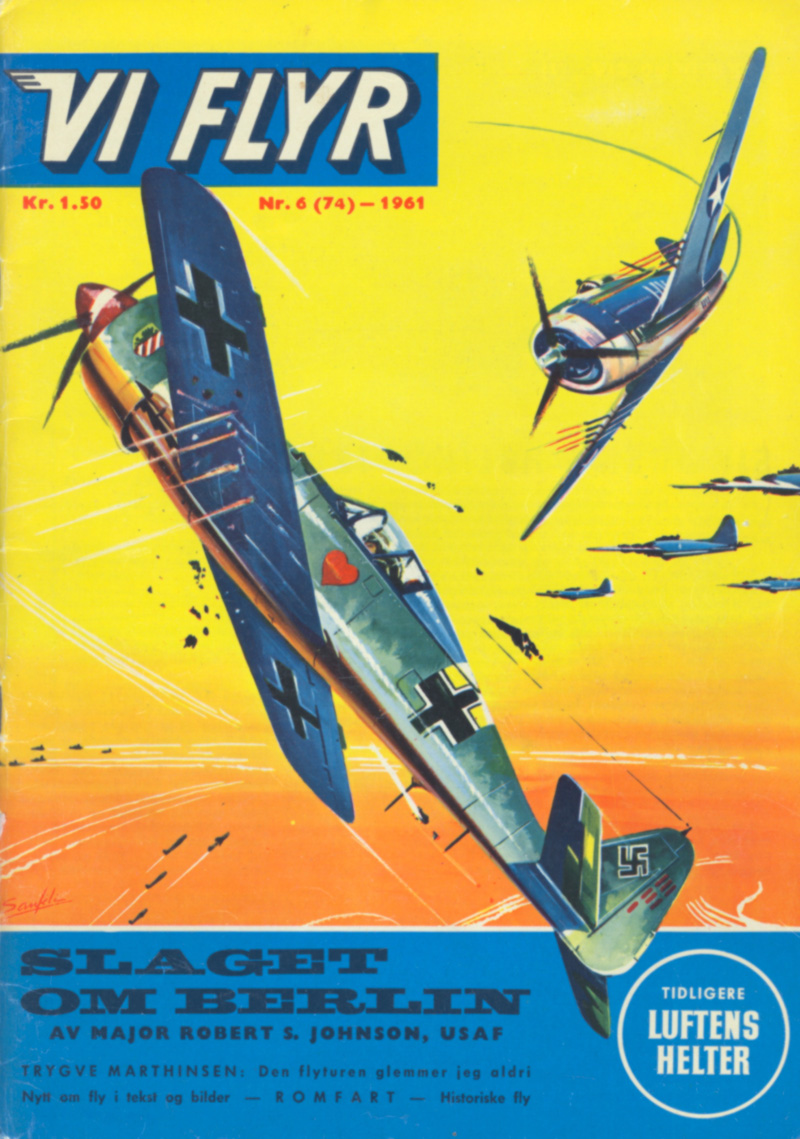 ‘Vi Flyr’ (We Fly) magazine was a popular general interest aviation magazine from the 1960s. It first appeared in 1961 as a re-launch of the magazine ‘Luftens Helter’ from the same publisher. The numbering of each issue continued the sequence of the previous title, i.e. the first issue was number 69.

Each issue comprised 34-42 pages, illustrated with b+w and some colour photographs. The design and contents of this title appears to have been inspired by the British magazine ‘Flying Review’.

First issue on sale 1961. Published monthly until 1965, when only 7 issues were released. Four issues appeared in 1966 and only 2 in 1967. The title then ceased publication after issue 127.
The editor was Finn Arnesen.

‘Fly. Norsk tidsskrift for flyvning’ was a popular flying magazine from the 1930s. It ceased publication with the German invasion in 1940. Each issue contained about 20 pages, illustrated with b+w photos

Further information:
PDFs of all issues

‘Norsk Luftmilitært Tidsskrift’ (Norwegian Military Aviation Journal) was the official magazine of the Luftforsvarets offisersforening (Air Force Officers Association). It was published 1928-1940 and 1951-2004.

The Norsk Luftseiladsforening (Norwegian Aeronautical Association) was first established on 5 May 1909. In 1910 it began publishing a monthly magazine called ‘Luftseilads’ (Aeronautics).

‘Luftseilads’ was published for the first time on 27 January 1910. The Editor was Colonel Karl Johan Fredrik Engelstad. The magazine continued until at least 1914. In 1930 the NL merged with the Norsk Aero Klubb.

‘Norsk Luftfarts Tidende’ (Norwegian Aviation Gazette) was a magazine produced by the Norsk Aero Klubb in the years immediately after World War Two. It was replaced by ‘Fly-Nytt’. No further information is known. (Also called ‘Norges Luftfarts Tidende’ by some references). 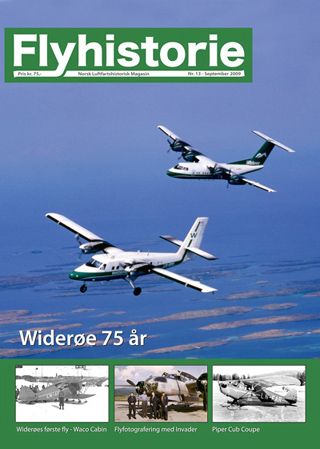