The unit was formed in 1999 with the arrival of the first aircraft. 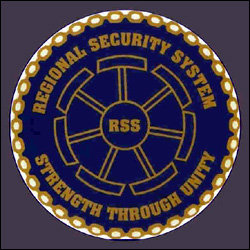 The Regional Security System (RSS) is an international agreement for the defence and security of the eastern Caribbean region. It was first established in 1982 and formalised by legal Treaty in 1996. It’s members are: Antigua and Barbuda (since 1982), Barbados (since 1982), Dominica (since 1982), Grenada (since 1985), Saint Kitts and Nevis (since 1983), Saint Lucia (since 1982) and Saint Vincent and the Grenadines (since 1982).

An Air Wing was established in 1999, with two aircraft donated by the United States. The first aircraft, not fitted with a sensor package, was delivered to Barbados in January 1999. It was used for training and logistics missions while the second aircraft was outfitted with surveillance equipment. The second aircraft was delivered in early 2001 and commenced operations shortly afterwards. The first aircraft was subsequently upgraded with the same standard of surveillance equipment.

The Air Wing has now operated very successfully for nearly 15 years. Between August 2013 and March 2015, the two RSS aircraft will be subjected to a complete overhaul and sensor systems upgrade, with each aircraft taking 6-8 months to undergo the process. The aircraft will emerge with state-of-the-art avionics and systems, ready for another decade of service.

The aircraft are currently undergoing a major overhaul and sensor upgrade, (late 2013-mid 2015).

RSS aircraft are basically dark grey overall, with a very distinctive ‘sharksmouth’ marking on the nose. No national markings or service titles are displayed. A RSS logo has recently been added to the fin.

RSS aircaft use a single digit numerical serial, with the prefix RSS and the letter ‘A’ for Air Wing, eg: RSS-A1.

The RSS includes an Air Wing with two aircraft.

Both aircraft are based at Grantley Adams IAP, Barbados.

The aircraft use various airports in the Eastern Caribbean while conducting missions.

Two C-26 Metro III obtained from the USAF in 1996, converted to C-26A(RC) standard with a large belly radome and delivered in 1999. Used by the Regional Security System (RSS) for anti-drug smuggling patrols.