South Korea is located in the southern part of the Korean Peninsula in Southeast Asia. South Korea has a land border with North Korea to the north, and sea borders with Japan to the south and east, and China to the west.

South Korea also includes about 3,000 islands around the coast, most of which are small and uninhabited. The largest is Jeju, 100 km (60 miles) to the south, while to the east lies Ulleung. The island of Marado, off the south coast of Jeju is the southernmost part of South Korea.

Text to be added on the development of aviation in South Korea.

South Korea civil aircraft use the registration sequence HL0000 to HL9999 (no hyphen) since 1948.

All-time South Korea – civil aircraft register (HLnnn) [TO BE ADDED].
[Get involved with the Aeroflight Cloud.] 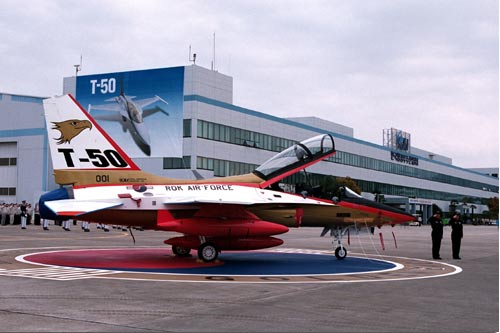 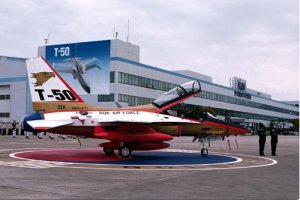 As the year 2008 comes to a close, the South Korean government will be faced with a major decision. This decision could alter the balance of power in the Korean peninsula for the next three decades. At the heart of the “cross road” is to continued the developmental stage of the country’s first independent and indigenous produced stealth fighter. In late 2000, President Kim Dea-Jung’s government concluded that after years of an intense lobbying campaign in the United States Congress for the opportunity to acquire first generation F-22 Raptor stealth fighters from the United States, an effort that proved unsuccessful; South Korean would need to develop its own program if they were to have an operational stealth aircraft by the middle of the century. On may 2001 he proceeded to order a Feasibility Study regarding the ability of the country to produce its own stealth platform. The Korean Aerospace Industry (KF) immediately began research into the platform’s characteristics and profile. This study eventually concluded that such aircraft could in fact be designed and developed in-country. The first phase of the program, the Definition Study began in the spring of 2006 and concluded in December 2006. The second part, the Feasibility Study commenced in January 2007. The task was a join effort between KF, the Korean Development Institute, the Teal Group of aerospace consultants and a government-ran think tank. The study phase was finished in February of this year. During the feasibility phase, KF and its partners visited all the major US aircraft manufactures as well as its European counterparts. The visits were intended to gather support for a transoceanic venture involving one or more of the world’s biggest aircraft design and development companies. As of today, only SAAB has demonstrated profound interest in KF effort.

The KFX concept, as outlined by the Definition Study, would be a twin engine fighter with an all internal weapons carriage mechanism similar to the one on board the F-22. The internal carriage limited the aircraft’s cross radar signature. The KFX would have a performance envelop in the vicinity of the Boeing’s F-15K and the Lockheed Martin F-16C-D Block 52 air superiority fighters. The plane’s profile would also mimic that of the two mentioned US fighters.

As a technology “bridge” between South Korea’s Air Force current air inventory of F-15K and F-16C-D Block 52 and the new KFX, KF in partnership with Lockheed Martin, developed the FA-50 Light Attack aircraft. The FA-50 is a de facto upgraded version of the KF-Lockheed Martin join ventured TA-50 advance training airplane. The TA-50 is a light weigh and extremely maneuverable aircraft weight in at just above 6.5 metric tons (without its full weapons and fuel complement). The T-50 version took to the air for the first time on August 20th 2002 and became operational in February 2005. Over one hundred units of the T-50 had been delivered to the South Korean AF.

But South Korean “bridge” is getting closer to cross. The Korean government estimated that the $ 12 billion program should produce a workable air vehicle by 2017 with the first units entering frontal service four years later. So, if the decision to move forward is made, South Korea could very well field the forth stealth tactical squadron (Russia, Great Britain and France are working on their own stealth platforms) in the world. A truly remarkable achievement by any standards.