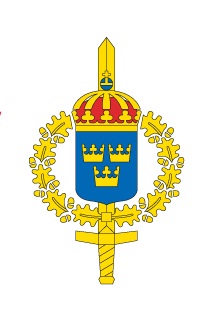 Swedish Defence Materiel Administration is a government agency tasked with supplying weapons and equipment to the Swedish Armed Forces. It is a department of the Ministry of Defence, and not a unit of the Swedish Air Force. As such it is comparable to the French Direction générale de l’armement or the British (pre-privatisation) Qinetiq.

The FMV is responsible for the program management, development and purchase of all weapon systems for the Swedish Armed Forces.

Manage the development and introduction into RSwedAF service of the JAS 39E Gripen.

FMV aircraft carry the standard Swedish national markings – i.e. the three crowns roundel. Some aircraft carry SWEDISH AIR FORCE titles, even though they are not in fact service aircraft.

FMV aircraft follow the Swedish military serial numbering system, which consists of a five or six-figure number. The the first two or three numbers being the aircraft type designation number, and the remaining three numbers an individual identity number, which normally starts at 001 for each type, e.g. JAS 39C 39230.

No false reports of aircraft on order or in service known.

The FMV is divided into a number of directorates, including the Systems and Production Management Directorate; the Procurement and Logistics Directorate and the Test and Evaluation Directorate. The latter conducts ground and flight testing of aircraft and weapons from a number of airfields around the country.

In addition to the main bases, there are also a number of smaller airports and airfields around the country which are sometimes used by the FMV.
Military Air Bases Listing – to be added.

Swedish Aviation Bibliography – to be added.

Facts about Test and Evaluation

Additional information is welcome
of the Swedish Defence Materiel Administration