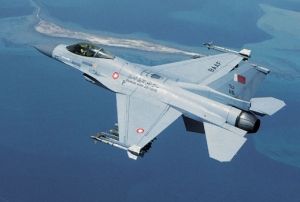 See other operators of the Lockheed Martin F-16 Fighting Falcon